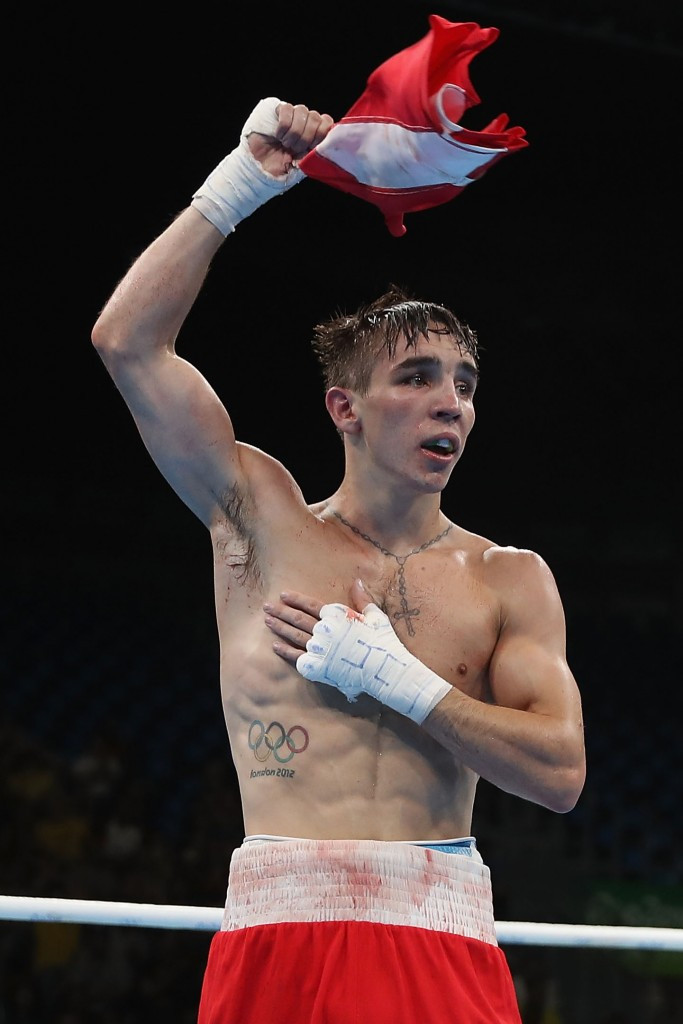 International Boxing Association (AIBA) President C K Wu has underlined his support for the International Olympic Committee (IOC) Disciplinary Commission’s findings on the Rio 2016 betting controversy, with the development of a new educational programme for National Federations (NFs) and their boxers.

The Disciplinary Commission issued severe reprimands to Britain’s Anthony Fowler and Irish boxers Michael Conlan and Steve Donnelly on Wednesday (September 28) after they were found to have bet on boxing events at last month's Olympic Games in Rio de Janeiro.

IOC rules state that Olympians cannot place bets on the Games as it may "infringe" on the "course or result of the competition".

The trio of boxers were found by the Disciplinary Commission to have violated rules, but found no intent to manipulate any event.

As a consequence, they avoided the possibility of being fined, instead receiving the reprimand and being obliged to follow and contribute to various integrity educational programmes.

AIBA have been recommended by the IOC to ensure their rules and regulations for its own competitions are compliant with the Olympic Movement Code on the Prevention of the Manipulation of Competitions.

The IOC also stated that the governing body has been recommended to put in place education programmes on the prevention of the manipulation of competitions and betting on the Olympic Games.

In response to this, AIBA has confirmed its Disciplinary Commission will convene in Lausanne in the coming weeks "to formulate a clear and comprehensive educational programme alongside its NFs and Confederations outlining the responsibilities of all boxers to the AIBA and the IOC codes of conduct".

"AIBA has always been acutely aware of its responsibilities to preserving the Olympic values and codes of conduct within our sport and we are fully behind the IOC’s statement regarding the boxers in question," said Wu.

"The actions of a very small minority at Rio 2016 have shown that what we believed to be a very clear message still needs some reinforcing: that betting on bouts by boxers is unacceptable, and certain behaviours need to be eradicated.

"The educational programmes we are now developing with the cooperation of our 200 National Federations will make Rio 2016 be seen as a watershed for our sport in the years to come.

"These specific cases will now be brought to our own Disciplinary Commissions as we discuss the best path forwards to ensuring that all of our athletes are fully aware of their responsibilities with regard to AIBA competitions and Olympic values."

Fowler, Conlan and Donnelly will need to demonstrate they have successfully followed the integrity educational programmes in order to have their accreditation validated at Tokyo 2020.

These will be organised by their National Olympic Committees (NOC), AIBA or the IOC.

While Conlan and Fowler were found not to have bet on any of their contests, Donnelly placed a bet on his own match against Mongolia’s Tuvshinbat Byamba as part of a large number of cumulative bets - eight altogether.

The boxer had bet that his opponent would win, but won the contest which meant that none of the bets placed were successful.

Donnelly claimed that he had signed the various documents without reading them so was unaware of the prohibition, while he stated he had bet without intending to cheat by losing his match to win his bets.

He viewed that winning the bets would be some compensation in the event he lost his match.

Bantamweight world champion Conlan was involved in controversy at Rio 2016, with Russia’s Vladimir Nikitin awarded victory in their quarter-final bout despite the Irish boxer having been seen by many to have dominated the fight.

Conlan then went on an expletive-laden rant in a post-fight interview with RTE, where he claimed AIBA were "cheats" and that amateur boxing "stinks from the core to the very top".

The Irishman also vowed never to fight again for AIBA, who indicated that Conlan would face disciplinary action after he put his middle finger up at the judges.

The Olympic Council of Ireland and the British Olympic Association were also reprimanded by the Disciplinary Commission following the decision.

The NOCs were found to not have properly informed their athletes about "the content of different rules applicable to them on the occasion of the Olympic Games in Rio, as well as about the content of the contract signed with them".

Both have been requested to ensure their teams’ preparation for the Olympics includes complete education on the prevention of the manipulation of competitions and betting on the Games, using the material provided by the IOC.

Several measures were put in place to protect the integrity of the Olympic Games in Rio by the IOC, including a fully operational Joint Integrity Intelligence Unit implemented in collaboration with experts from the Organising Committee.

There was also a reinforced Integrity Betting Intelligence System, while the Olympic Movement Code on the Prevention of the Manipulation of Competitions was implemented for the first time.