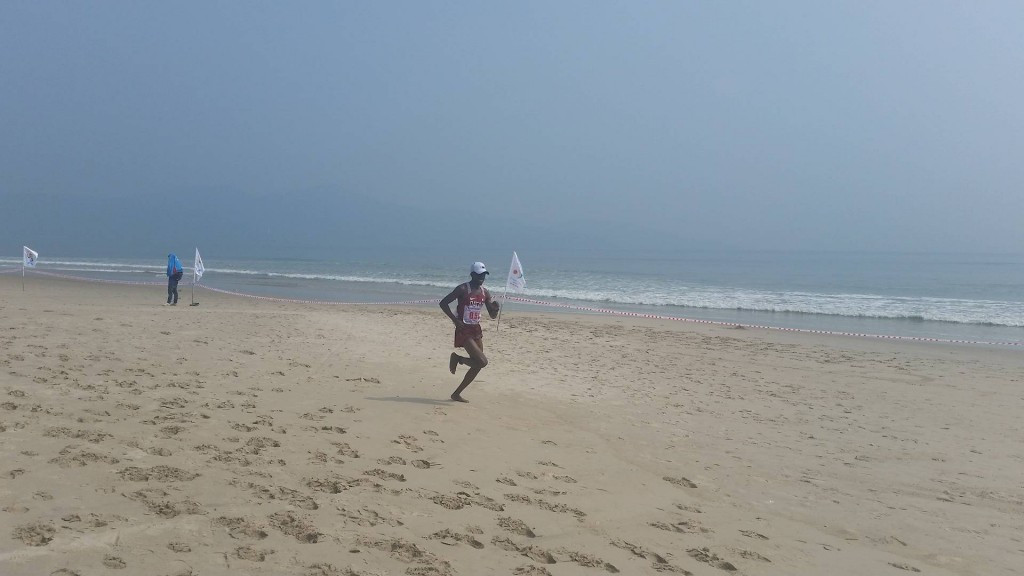 Idriss Moussa Yousef produced a pacing masterclass to win on a day of brutal cross-country action in soaring heat at the Asian Beach Games here this morning.

The Qatari athlete won a gruelling six kilometres race in which runners had to contend with 33°C temperatures as well as the draining effect of running on sand.

Yousef, who claimed the Asian junior title over 1500 metres in 2014, was happy to sit in a large pack for the first of three laps up and down the beach.

Running barefoot and wearing a cap, the 19-year-old gradually began to push-on, taking his three Qatari team-mates with him before breaking clear in the final kilometres.

He won in 19min 6.45sec as those behind him were punished for sticking with him for so long.

Fellow Qatari Ali Musaab Adan, a two-time Asian Junior champion in the 5,000m and 3000m steeplechase, was still alongside Hairane in the final kilometre before slowing to virtual walking pace and slumping to 11th.

He was eventually taken to hospital on a stretcher as he struggled to recover afterwards.

It was a far cry from the traditional image of cross-country running in muddy winter conditions.

The discipline was last held at an Olympic Games 90 years ago in 1924, despite more recent calls for it to be on both the Summer and Winter Olympic programmes.

The only disappointment was the small number of five male and three female teams who entered.

Those absent included Bahrain, the nation who dominated cross-country competition at the 2014 Asian Beach Games in Phuket.

Thailand's Pratchaya Tepparak took silver with 15.81 to the delight of their fanatical supporters, while The Philippines' Mark Harry Diones managed 15.72 for bronze.