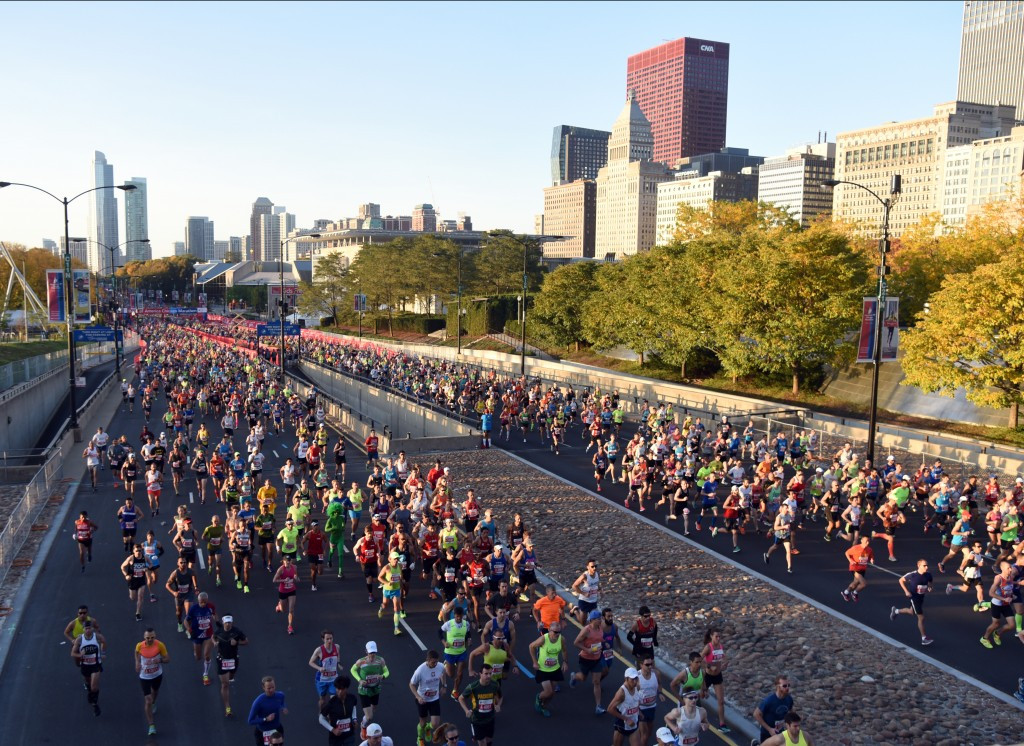 An economic impact study has found the Bank of America Chicago Marathon provided over a quarter of a billion dollar boost to the city for the third consecutive year in 2015, estimating that last year’s event had a $277 million (£213 million/€190 million) impact.

The study was conducted by University of Illinois at Urbana-Champaign's regional economics applications laboratory, with the authors using the Chicago region econometric input-output model to estimate the direct and indirect economic impact the marathon has on the local economy.

An estimated boost of $112 million (£86 million/€100 million) was brought to the main sectors of the tourism industry through the marathon, which included travel, lodging, entertainment and transportation.

A further $165 million (£127 million/€147 million) was seen as being generated through indirect activity as a consequence of the event, with $33 million (£25 million/€29 million) being spent on shopping and $8 million (£6 million/€7 million) on entertainment.

It has been claimed that the economic boost to the city created by the marathon is the equivalent of 1,948 jobs and $94 million (£72 million/€83 million) worth of wages and salary income.

Every dollar spent by a race participant in Chicago was estimated to have generated an additional $1.27 (£0.90/€1.13) worth of activity in the city.

"As the proud steward of this iconic tradition, Bank of America is pleased to support an event that continues to be a significant driver of economic benefit to the city of Chicago," said Paul Lambert, Chicago Market President of the Bank of America.

"The Marathon's success is largely due to our enduring partnership with the city, its residents and businesses."

As a result, it is claimed the Marathon has helped to improve the image of Chicago as a leading tourist destination.

The study comes ahead of 39th edition of the race, which is due to take place on October 9.

There was double Kenyan success in the elite races in 2015, with Dickson Chumba winning the men’s event and Florence Kiplagat claiming victory in the women’s competition.