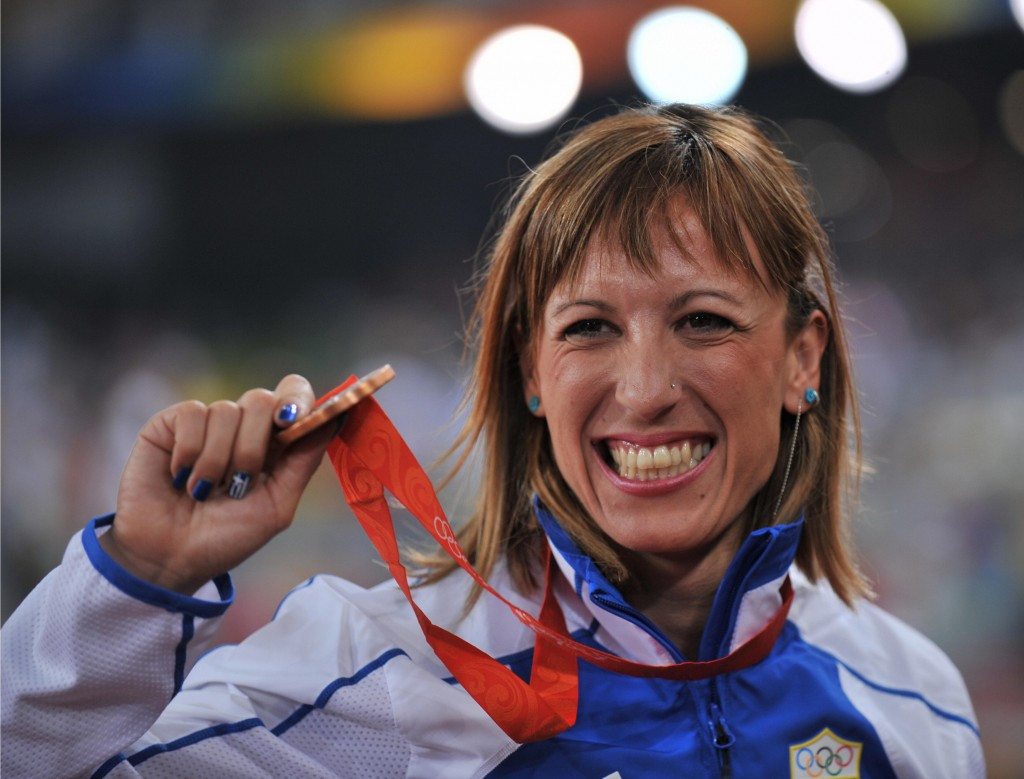 Greek triple jumper Hrysopiyi Devetsi has had her bronze medal result at the 2008 Olympics annulled today by the International Association of Athletics Federations (IAAF).

It means Olga Rypakova of Kazakhstan, Olympic champion at London 2012 and bronze medallist at Rio 2016, now stands to add a third Olympic medal to her collection after originally finishing fourth in Beijing.

Devetsi, an Olympic silver medallist set a national record of 15.32 metres in qualifying, also stands to lose her bronze medal from the 2007 IAAF World Championships in Osaka,

That puts Russia’s Anna Pyatykh in position to take a belated place on the podium.

Today’s updating by the IAAF of its anti-doping rule violation list indicates that the 40-year-old Devetsi, who has not competed internationally in the last eight years, tested positive for the banned steroid stanozolol in the 2007 World final.

Devetsi dropped out of the sport in 2009 after being faced with a two-year ban for refusing to submit to a doping control.

Her retirement rendered the punishment ineffective, but when she announced she intended to return to the sport in 2011 the IAAF activated the ban until December 8, 2012, thus effectively ruling her out of London 2012.

Two-year bans have also been imposed on two Russian athletes for adverse findings on their athlete biological passports – Ildar Minshin, who reached the semi-finals of the Beijing 2008 3,000 metres steeplechase, and Irina Timofeeva, seventh in the women’s marathon at the same Olympics.