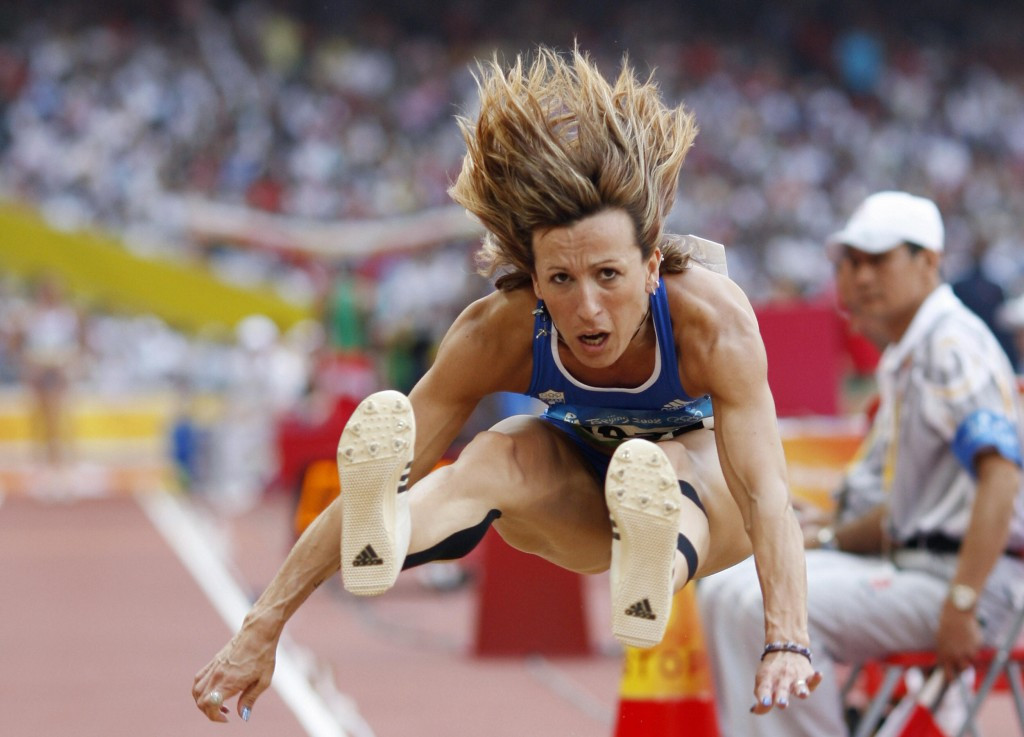 Retired Greek triple jumper Hrysopiyi Devetzi has denied doping after admitting she is under investigation by the International Olympic Committee (IOC) for failing a drugs test at Beijing 2008.

The 40-year-old claimed an Olympic silver medal at Athens 2004 before taking bronze in the Chinese capital four years later.

She also won a bronze medal at the Osaka 2007 International Association of Athletics Federations (IAAF) World Championships, as well as silver at European Championships in Gothenburg in 2006.

Her career has already been tainted by doping, with the jumper having announced her retirement in 2009 after the IAAF gave her a two-year ban for refusing to submit a sample.

In November 2015, the Hellenic Amateur Athletic Association announced that they had been formally notified by the IAAF that she had tested positive in 2007.

Greek newspaper Ethnos have now reported that retesting of Olympic samples has also found a positive test at Beijing 2008.

Devetzi has denied doping in both 2007 and 2008, however, and has vowed to fight the allegations in a statement issued via her lawyer, Michalis Dimitrakopoulos.

"Due to confidentiality clauses I can only state that Devetzi never used banned substances and this will be proved during the process," the statement said,

It is not yet clear what substance she is alleged to have taken.

Most notably, sprinters Kostas Kederis and Ekaterina Thanou were handed suspended jail sentences for staging a motorcycle crash to avoid a doping test on the eve of Athens 2004.

The pair were found guilty of perjury and sentenced to 31 months each.

Their coach Christos Tzekos, meanwhile, was sentenced to 33 months.

If she is disqualified by the IOC, Kazakhstan's London 2012 gold and Rio 2016 bronze medallist Olga Rypakova could be promoted to bronze and a third Olympic medal after initially placing fourth.