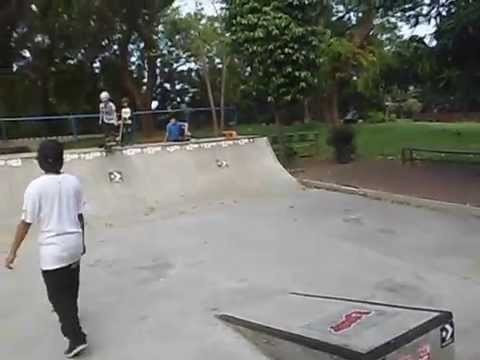 Skateboarding has been added to the programme for the 2018 Asian Games in Jakarta and Palambang following a late agreement between organisers and members of the Olympic Council of Asia (OCA) Coordination Commission.

This means that the current number of sports on the programme has risen to 40.

A total of of the 32 current sports due to feature on Olympic programme at Tokyo 2020 will now in the Asian Games two years before.

Surfing is the only sport that will not be included.

It was announced at the OCA Executive Board meeting here yesterday that skateboarding and surfing could each miss out due to the lack of an existing venue and also as an attempt to help keep the budget down.

A subsequent meeting of Jakarta 2018 and OCA officials, however, decided that skateboarding could be added at a relatively low cost.

insidethegames understands that a venue has not yet been finalised but a search to confirm one has now begun.

Surfing, however, will not feature because there are no appropriate venues in either Jakarta and Palambang.

An alternative location, like Bali, was ruled too much of a logistical difficulty due to its location almost 600 miles away.

All 28 permanent Olympic sports will appear on the programme along with baseball and softball, karate and sport climbing, three of the five added to Tokyo 2020 last month by the International Olympic Committee.

It is hoped the Asian Games will serve partly as a test event for the Olympics two years later.