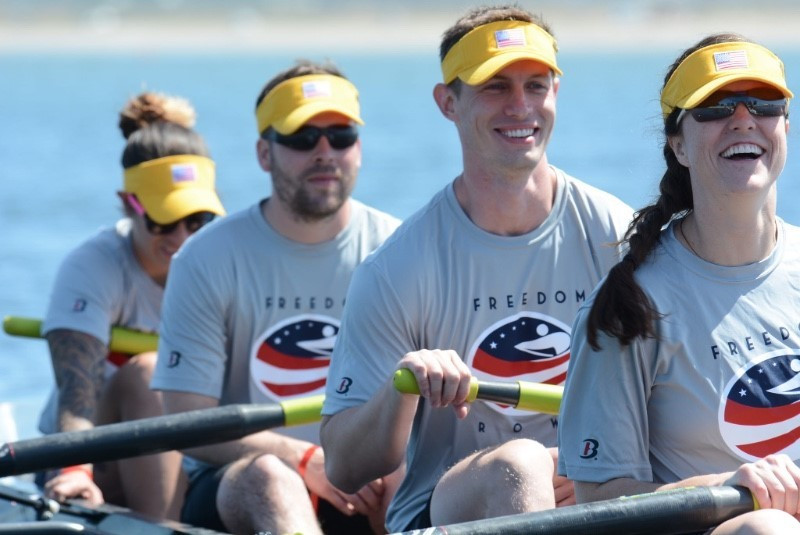 The cash has been awarded by the US Department of Veteran Affairs and goes to a project which has doubled in size since its inception in 2014.

There are now more than 20 programmes across the country, with Rio 2016 Paralympian Helman Roman one of those to have discovered the sport through the scheme.

"The majority of veterans we work with have been diagnosed with post-traumatic stress disorder, and we are finding the benefits we all enjoy through rowing are having some transformative results such as weight loss, reduced or even the elimination of PTSD and antidepressants," said Deb Arenberg, US Rowing's adaptive programmes development specialist.

"Funds we receive for the 2016-17 grant cycle will be used to continue our existing programming, send qualified athletes to competition, purchase needed adaptive rowing equipment, improve infrastructure to allow access to water, and in some locations, supplement coaching fees so that these athletes can continue to participate."

Roman joined the National Guard after the September 11 atrocities in New York City in 2001 and was wounded on the same date in 2009.

During a two-year recovery period he met Paralympic rower Jacqui Kapinowski who introduced him to Miami Beach Rowing Club.

That eventually led to his Paralympic appearance in Rio, where he finished 10th in the trunk and arms mixed double sculls event with partner Laura Goodkind.

"Any kind of sport that you can adapt for a wounded veteran is a life-changing experience," said Roman.

"When you come back from active duty and into civilian life after being wounded, your purpose just kind of fades off.

"You’re not in a good place.

"What adaptive sports does is give you a new meaning, a new purpose, a new beginning."