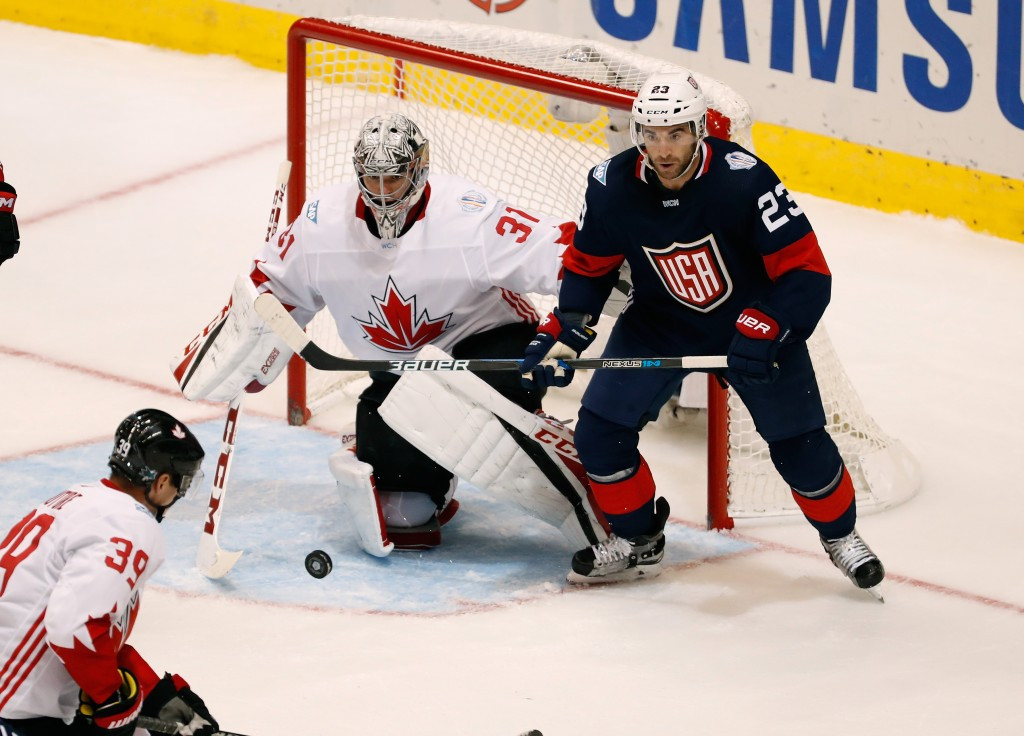 Canada beat the United States 4-2 to condemn their near-neighbours to a group stage exit at the World Cup of Hockey in Toronto, and book their own place in the semi-finals.

Ryan McDonagh had put the Americans in front a little over four minutes into the first period but the lead was short-lived as Matt Duchene levelled for the hosts barely a minute later.

Things got worse for the US as Corey Perry netted on the rebound just 14 seconds after that and Duchene added his second with 12 minutes played, after beating keeper Jonathan Quick through his pads.

A fourth Canadian goal arrived in the second period after the puck deflected in off Patrice Bergeron's skate with TJ Oshie's goal in the final stanza proving to be just a consolation for the US.

After Canada's opening 6-0 demolition against the Czech Republic, the reigning Olympic champions have booked their place in the last four with their second victory also sealing Team Europe's progress.

The Europeans shocked the US with a 3-0 victory in their first match and then saw off the Czechs 3-2 following overtime.

It means that Canada will play Europe for the right to top Group A in the final round of matches, with the Americans' game against the Czechs only being for pride.

"I think we let some people down.

"I certainly feel responsible for that.

In the Group B clash to be played at the Air Canada Centre, Sweden recorded a second victory by beating Finland 2-0 thanks to goals in the second and third periods.

Anton Stalman put the Swedes in front, with his country backing up their 2-1 win over Russia to move to the brink of the last four.

A second goal arrived through Loui Eriksson as Finland slipped to a second defeat following their 4-1 loss to the combined North American outfit.

Sweden now boast four points with Russia and North America on two and Finland on zero ahead of the last round of games.

North America will meet the Swedes, with the Finns facing the Russians, with all four teams still in with a chance of qualifying.

The tournament is being staged for the first time in 12 years by the National Hockey League (NHL), the world's premier club competition, which means a host of top stars are appearing.