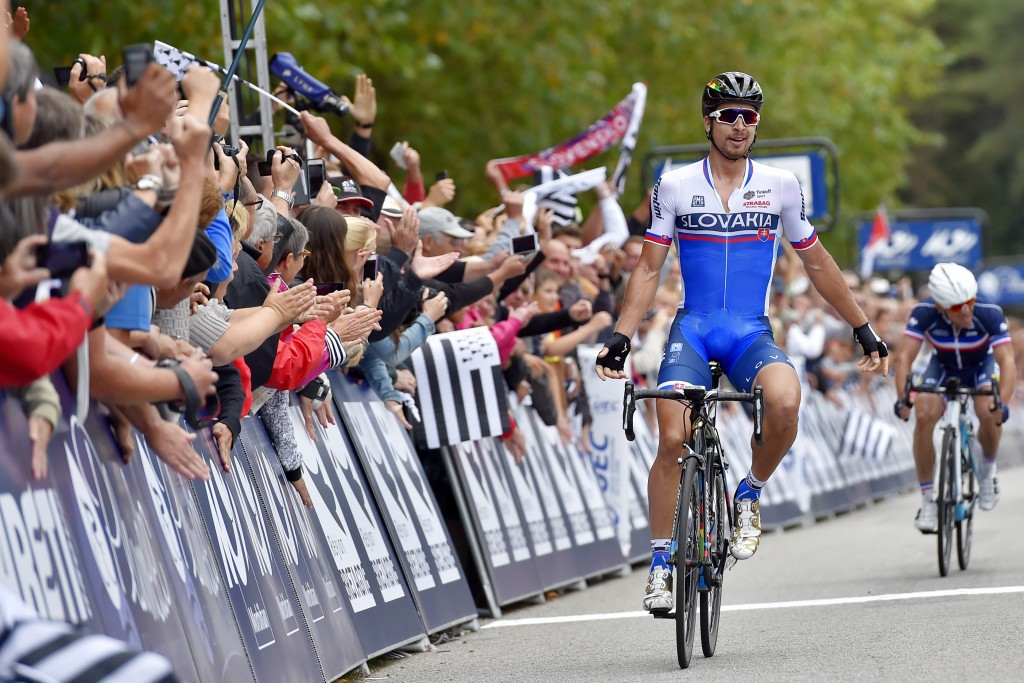 He duly added the continental title to the world title he secured last year in Richmond in the United States.

The Slovakian was a constant presence in the latter stages of the 236 kilometres route through Brittany.

Attacks were regularly attempted but none proved decisive, with the best effort by Italy's Moreno Moser being hauled in with just 15km remaining.

The Cannondale rider briefly held a 30 second lead before being reeled in by a chasing peloton spearheaded by a team effort from Belgium and Poland.

It then became a contest for the sprinters, with the slight uphill nature of the finish suiting Sagan's style.

Spain's Daniel Moreno led the peloton into the straight before the 26-year-old made his move with 200 metres remaining.

Nobody was able to stay on his wheel and the Slovakia eventually won by more than a bike length in 5hours 34min 23sec despite soft peddling the final metres.

The region in Brittany stepped in a late host for the event after Nice announced they were cancelling all sport and cultural events following the deadly lorry attack during Bastille Day celebrations on July 14 which left 85 people dead and more than 200 injured.

Plumelec was chosen ahead of rival bids from Britain and italy.