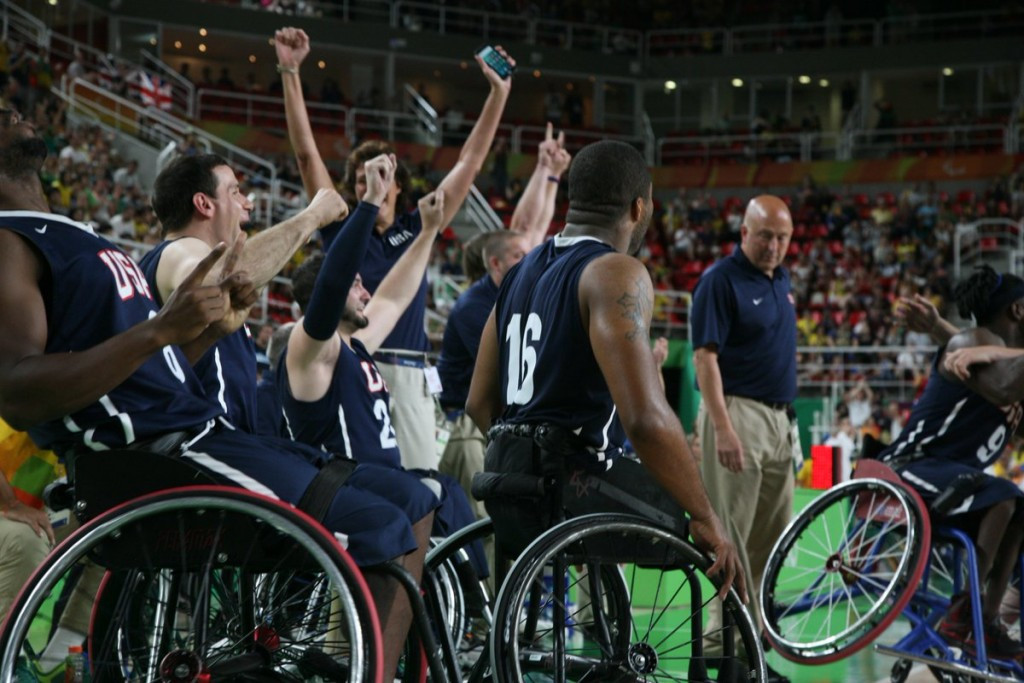 It emulated the gold won by their female counterparts last night, as well as by male and female teams at last month's Olympic Games.

But they showed no sign of nerves against opponents who have never made the Paralympic podium.

Their early lead was briefly eroded by the resiliant Spaniards, but the US class gradually told as they eased clear to win 68-52.

"This is an incredible moment for our team, and to do it in this way, where it wasn’t just one guy - Jake [Williams] had a great game today for sure - but it was a full team effort to get the win," said team co-captain and three-time Paralympian Steve Serio.

"I couldn’t think of a better group of guys that I’d want to share this experience with.

"I just found out that this was the first time that Team USA swept the men’s and women’s gold for the Olympics and Paralympics.

"So all four gold medals - that is quite the accomplishment."

Great Britain had earlier beaten Turkey 82-76 in overtime in the battle for the bronze medal.

It brought to an end a tournament of shocks in which defending champions Canada slumped to 11th place and Beijing 2008 gold medallist Australia had to settle for sixth.