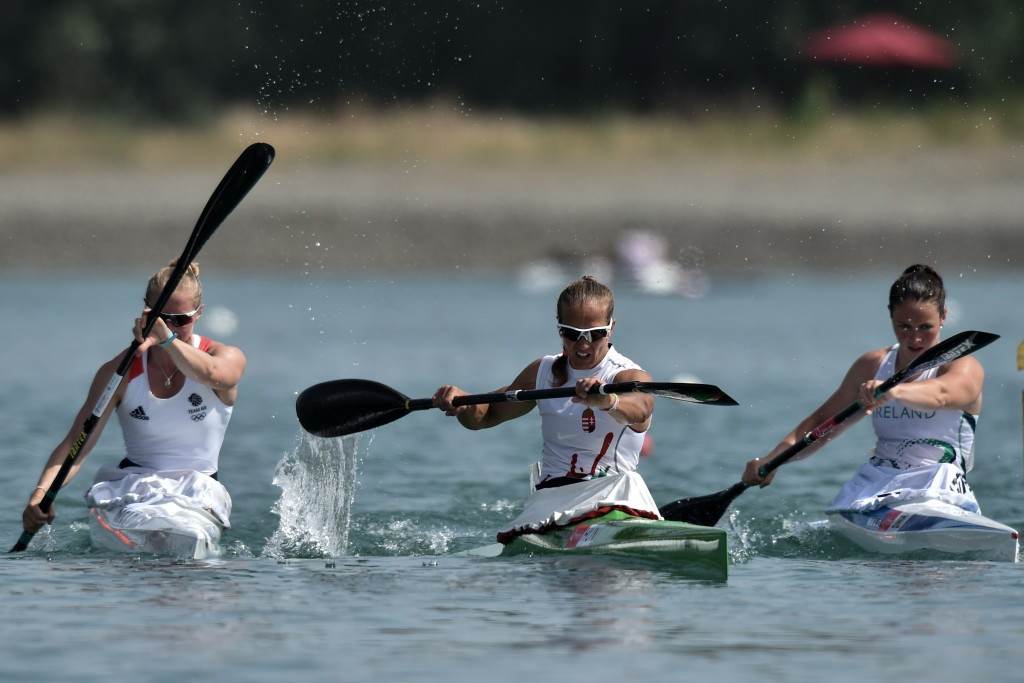 South Africa's Hank McGregor was also victorious in the men's K1 race over 29.8 kilometres as the second day of action concluded.

Each of today’s winners added to prior World Championships success.

Kover has been crowned champion six times, McGregor now has seven world titles and Csay has won on an incredible 17 occasions.

McGregor looked ominous from the start before sprinting into the lead at the start of the last lap, crossing the finish line first in 2 hours 20min 11.6sec.

The clock highlighted how tight the race was with the top ten all finishing within a minute of McGregor and Birkett only 1.046 seconds behind.

"It was a fantastic race against a top class field, the best of the best," said the South African winner.

"To come out on top is a real honour, I’m really happy."

In the K1 Wwomen’s race over 26.2km, Csay and her teammate Vanda Kiszli worked together to ease away from the rest of the field.

Only Ireland's Jenny Egan and Kristina Bedec of Serbia managed to match the pace of the Hungarian pair.

They quickly fell back, however, with Csay having the experience to out manoeuvre her compatriot and beat Kiszli to secure gold, clocking 2:06.57.0 to win by 3.300 seconds.

For Kiszli it was her second medal in two days following gold in the under-23 K1 Women’s race on Friday (September 15).

Bedec held on to the bronze medal to match her finish at last year's World Championships in Győr in Hungary.

Elsewhere, Kover added another medal to his tally as he outsprinted Spain’s Antonio Manuel Campos to achieve top honours in the C1 men’s class over 26.2km.

"We had a group of six then we gradually lost one each lap until we were the only two."