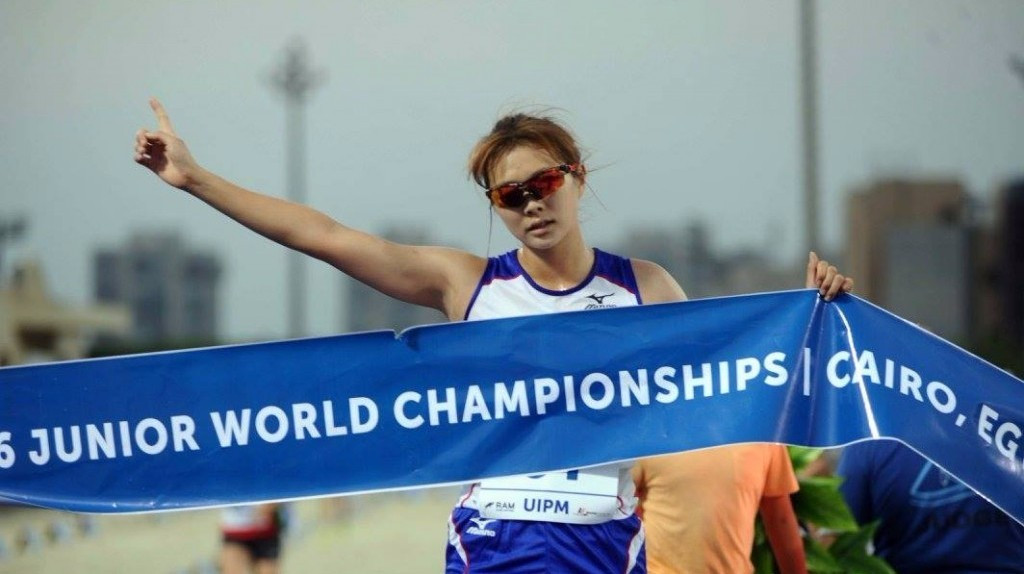 Kim Sunwoo of South Korea continued her impressive run of form as she secured the women’s title at the International Modern Pentathlon Union (UIPM) Junior World Championships in Cairo.

The 20-year-old, 14th at the Olympic Games in Rio de Janeiro last month, claimed the gold medal with an overall points total of 1,315, seven ahead of silver medallist Francesca Tognetti of Italy.

Russia’s Sofia Serkina did enough for the bronze medal as she ended on 1,302 points, thanks largely to crossing the line in third in the combined event.

The combined running and shooting discipline was always likely to decide the destination of the world title and Kim came into the race with a narrow three-second advantage over Tognetti.

The South Korean, who will already have her sights set on mounting a challenge for Olympic gold at Tokyo 2020, managed to hold off the Italian, clocking a time of 13min 45.00sec, the 12th quickest among the field.

The Lithuanian was fastest in the combined event, clocking 1:16.00, but it was not enough to beat the Russian, who clung on to the bronze medal.

"It is my first medal even though I participated in so many international competitions this year.

Tognetti ensured she left the Egyptian capital with a gold medal as she was part of the Italian trio which won the team competition along with Aurora Tognetti and Irene Prampolini.

The Italians recorded a total of 3,786 points, while Hungary clinched silver on 3,729 and Germany took bronze with 3,668.

"First of all a very special statement to this young Lithuanian athlete who ran from the 28th place to arrive in fourth," UIPM President Klaus Schormann said.

"I feel like we have another Laura Asadauskaite coming from Lithuania and all the spectators loved to see that.

"Unfortunately she was too far away to be able to go to the podium.

"The competition was strong and we also saw very good riding performances today.

"We can tell that in the coming years our sport can count on very well prepared athletes.

"The Union is happy to see young fresh blood as a hope for the future.

"Tomorrow I am sure we will see the same at the men’s individual final."