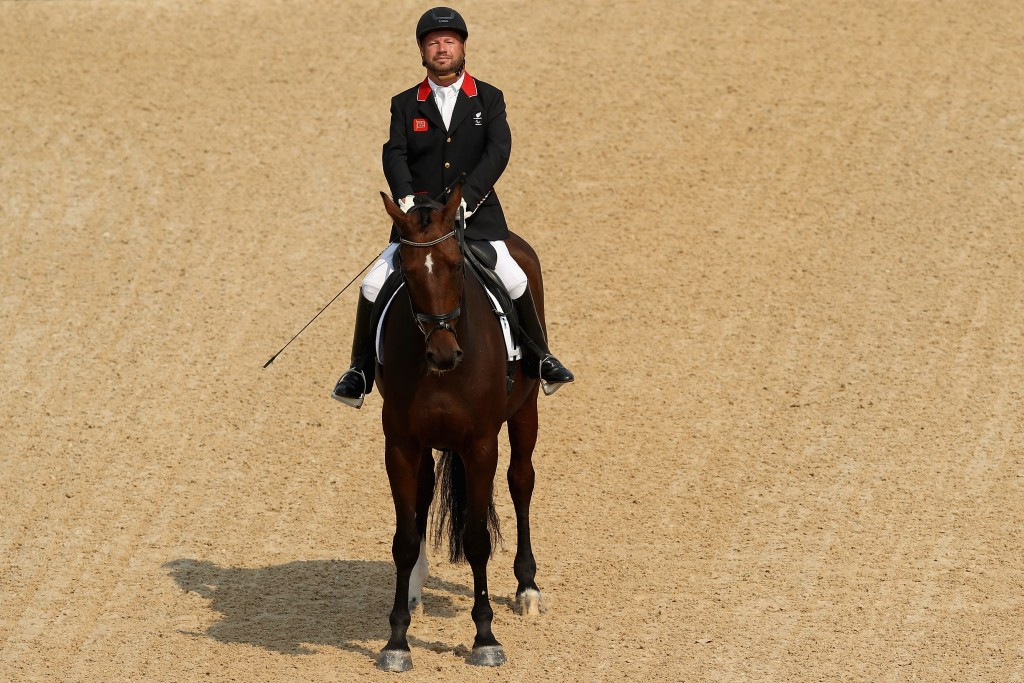 Natasha Baker and Sophie Christiansen each claimed their third Paralympic Games dressage gold medals of Rio 2016 on another day of British success at the Rio Equestrian Centre on which Lee Pearson won an 11th Paralympic title.

Baker, riding Cabral, posted a superb score of 77.900 points to win the Grade II event in the final competition of the day.

It followed his individual and team championship titles and took her total Paralympic tally to five following two victories at London 2012.

Christiansen was similarly successful in the Grade Ia category as she and mount Athene Lindebjerg secured 79.800 points to secure an eighth Paralympic title.

"This year has been so up and down so to even get here was a feat in itself," she admitted afterwards

"Athene is just a young horse [so] I didn't know how he would react, but he felt so relaxed with me today so I knew we could do it."

But the most popular British victory of the day came for Pearson, the country's flagbearer at the Opening Ceremony, in the Grade 1b test.

He rode his horse Zion to a score of 77.400 points to beat long-time rival Pepo Puch of Austria and Danish bronze medal winner Stinna Kaastrup.

Sophie Wells missed out on what would have been a fourth British gold of the day when Michele George of Belgium won the Grade IV event on 74.800 points.

Frank Hosmar claimed Dutch bronze an hour after his team-mate Sanne Voets had won the opening gold of the day in the Grade III division.