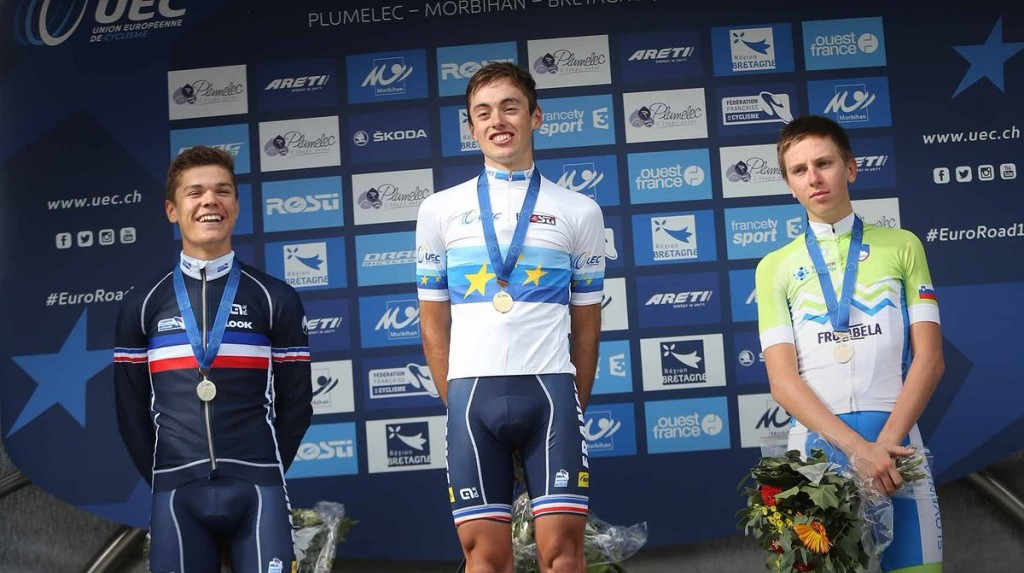 Hosts France celebrated a one-two in the men’s junior road race at the European Road Cycling Championships in Plumelec after a late breakaway was caught moments before the finish line.

The group remained clear for around 50km of the race but their lead was slowly broken down by the chasing pack.

Italy’s Filippo Zana broke clear of the peloton inside the final lap but narrowly missed out on holding on for victory as he was closed down just ahead of the line.

Nicolas Malle was beneficiary of the solo move coming to an end, the Frenchman sprinting to victory in a time of 3 hours 03min 49sec.

Malle’s compatriot Emilien Jenniere crossed the line in second, with Slovenia’s Tadej Pogacar completing the podium positions, ending on the same time as the winner.

The late climb on the circuit proved key to the women’s race with several riders being dropped ahead of the finish.

A sprint decided the outcome of the race with Germany’s Liane Lippert having the fastest finish as she crossed first in a time of 1:54:14.

📷 of Liane Lippert crossing the line. She is the new junior European Champion. #EuroRoad16 pic.twitter.com/dQ7Ei7U2P0

She finished four seconds ahead of Italy’s Elisa Balsamo, who won the silver medal.

Britain’s Sophie Wright and Italy’s Letizia Paternoster finished on the same time as Balsamo but it was the former who claimed the bronze medal to separate the Italian riders.

The men’s under-23 race is due to take place tomorrow in Plumelec, with the field set to tackle a 150km route.

Both the under-23 and elite women will begin at the same time, with two titles due to be awarded at the conclusion of their 109km race.