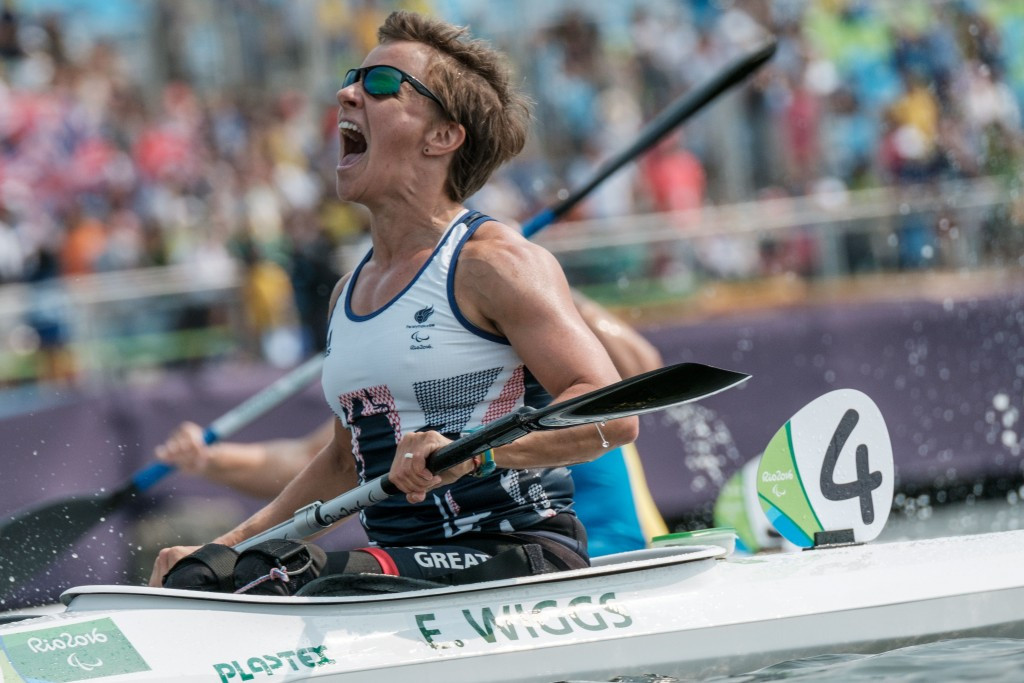 Great Britain's Jeanette Chippington, Emma Wiggs and Anne Dickins picked up the three women's canoe sprint titles on offer as Paralympic Games medals were awarded in the sport for the first time at the Lagoa Stadium here today.

Chippington's gold in the women's KL1 secured her 13th Paralympic medal, adding to those she won in swimming between Seoul 1988 and Athens 2004.

The 46-year-old clocked a time of 58.760sec, with Germany’s two-time Paralympic medal-winning wheelchair basketball player Edina Muller 0.114 seconds behind in the runners-up spot and Poland’s Kamila Kubas 1.472 seconds off the pace in third.

"When I crossed that line the German girl, Edina Muller, screamed and I knew I was ahead of her," Chippington, whose two previous Paralympic gold medals were won 20 years ago at the Atlanta Games, said.

"When I came in and everyone was, 'You got the gold',

"Even now, until I get that medal around my neck, I can't believe it."

Britain’s success continued as Wiggs, a sitting volleyball player at London 2012, claimed the women’s KL2 crown with a personal best time of 53.288.

Her winning margin of 2.311 seconds over Ukraine’s Nataliia Lagutenko was the biggest of the day, while Australia’s Susan Seipel was 3.508 seconds back in third.

Dickins won gold in the women’s KL3 with a personal best time of 51.348, four years after being encouraged to take up canoeing while volunteering at the Paralympic Games in London.

Australia’s Amanda Reynolds was a close second in 51.378, with France’s Cindy Moreau taking bronze in 52.103.

In the men's KL1 final, Poland’s Jakub Tokarz produced a stunning performance to win gold in a personal best time of 51.084.

Having had to come through the semi-finals to qualify after finishing third in his heat, Tokarz triumphed ahead of Hungary’s Robert Suba, second in 51.129, and Britain’s Ian Marsden, third in 51.220.

The men's KL2 final followed the same pattern as this year's World Championships with the three medallists finishing in the same order as they did in German city Duisburg in May.

Australian Army veteran Curtis McGrath followed up his triumph by claiming the Paralympic gold medal in a personal best time of 42.190 as Austria’s Markus Swoboda took silver in 43.726, and Britain’s veteran Nick Beighton bronze in 44.936.

Brazil’s Caio Ribeiro de Carvalho won a bronze medal for the hosts in a time of 40.199, beating former world champion Iulian Serban of Romania to round out the podium.

"It's an exciting sport to watch and to be a part of, so it can only go from strength to strength from here," said Seipel.