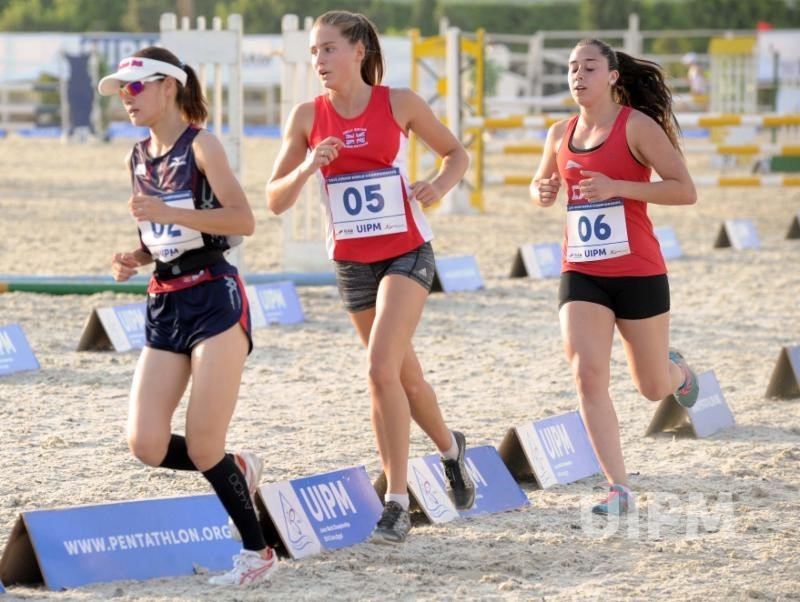 Iryna Prasiantsova of Belarus topped the qualification round in the women’s event at the International Modern Pentathlon Union (UIPM) Junior World Championships with a commanding display in Cairo.

The 20-year-old recorded claimed 16 victories and suffered 11 losses in the fencing round, earning her a total of 226 points.

Her performance left her well-placed in fifth position after the opening phase of competition but she struggled in the swimming, clocking a time of 2min 25.85sec for a score of 263 points.

Prasiantsova sat 10th following the fencing and swimming rounds on a total of 489 points, forcing her to start the combined running and shooting event with a 33 second handicap on the rest of the field.

The Belarusian proved her strength in the combined discipline as she finished the course in 13:49.63, despite beginning with a disadvantage,

The time was the fifth-fasted clocked during the qualification phase and gave the youngster a total of 471 points for a total of 960.

Britain’s Jessica Varley was quickest as she powered round the course in 13:04.00 but she could only manage 12th place on the overall standings.

The Briton still managed to book a place in the final, however, as the top 36 performers all progressed to the final on Friday (September 16).

Xeina Fralcova of Russia was second behind Prasiantsova, seven points adrift of the Belarusian, thanks largely to a second-place finish in the swimming event with a time of 2:17.56.

Third went to South Korea’s Han Songyi, who ended the qualification stage on 951 points having topped the standings in the swimming competition by clocking 2:15.85.