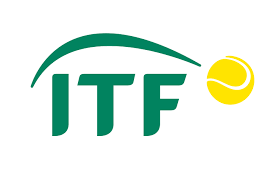 Uzebkistan umpires Sherzod Hasanov and Arkhip Molotyagin have been banned for life by the International Tennis Federation (ITF) after they were found guilty of betting-related offences, it was announced today.

An investigation conducted by the Tennis Integrity Unit (TIU) uncovered that the two officials had committed several breaches of the ITF’s Code of Conduct for Officials.

Hasanov and Molotyagin used a mobile phone to relay scores of matches they were in charge of to a “third party” at an ITF Futures event in Tiberias in Israel from September 7 to 9 last year, the ITF revealed.

They were also found to have delayed inputting the score on their PDA device “to allow the third party and/or other third parties to benefit by placing bets on matches in which they were officiating at the tournament”.

The extensive charges against the Uzbek duo included manipulating the scores of contests over a seven-month period on the ITF Futures circuit, where fears over match fixing and betting corruption are higher due to the lack of prize money available.

The pair did this by “inputting fictitious deuce games in to their PDA device”, the ITF said.

Hasanov also attempted to court other officials in a bid to get them to “participate in the fraudulent manipulation of the ‘livescoring’ system” in January 2015.

This included Molotyagin but others could have been involved.

The ITF confirmed both failed to report the corrupt conduct of officials whom they knew to be fraudulently manipulating the ‘live scoring’ system to the Joint Certification Programme.

“The Panel imposed a life ban on Mr Hasanov and Mr Molotyagin with immediate effect, which means that their ITF officiating certification is permanently revoked, and they will no longer be able to officiate at events organised or sanctioned by the ITF, ATP and WTA or at Grand Slam tournaments,” an ITF statement read.

“They will also be included on the non-accreditation list circulated to sports stakeholders.”

The news comes amid continued concern over match fixing in tennis, with Bulgarian Danail Tarpov, who was ranked at 1109 in the world, given a three-month suspension suspended and a fine of €5,000 (£4,200/$5,500) for a betting-related offence in July.

The Court of Arbitration for Sport then heard the appeal of Greek tennis player Alexandros Jakupovic, who is appealing a lifetime ban from the sport handed down by the TIU in December.

Jakupovic, a former a member of the Greek Davis Cup team, appearing in 29 ties for his country, was found guilty on five counts of corruption.