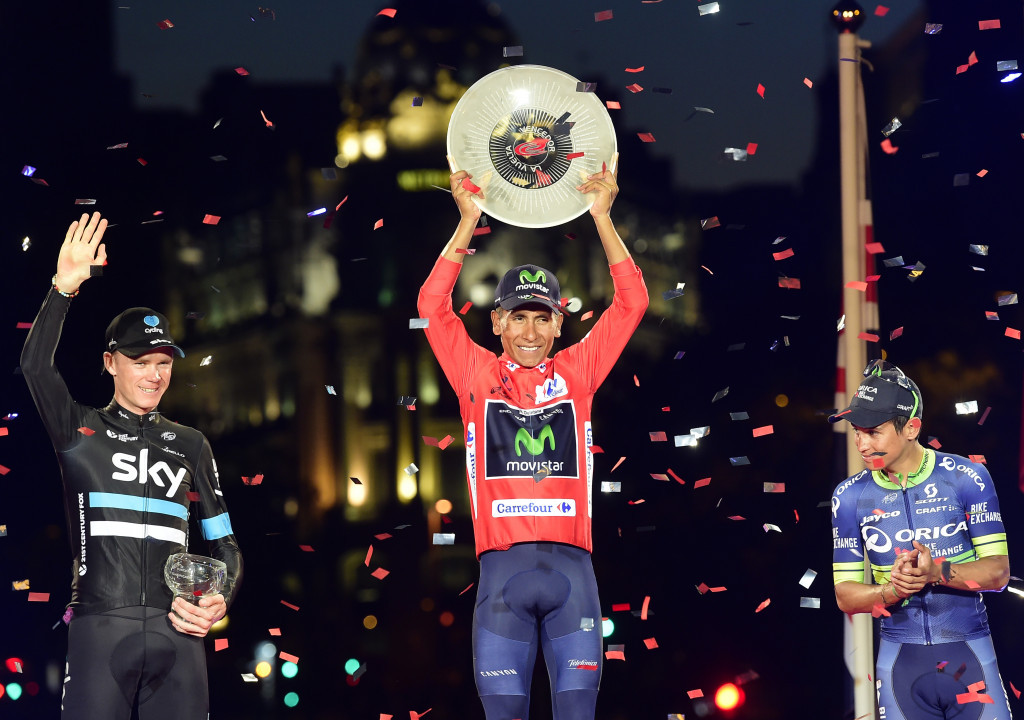 Quintana had effectively sealed the general classification yesterday, with today’s 104 kilometre flat stage from Las Rozas to Madrid being largely a ceremonial affair.

Team Sky’s Christian Knees was the first rider to launch an attack as the peloton entered the streets of the Spanish capital city, but the German was quickly brought back into the main field.

France’s Loic Chetout and Quentin Jauregui, Britain’s Peter Kennaugh and The Netherlands’ Koen Bouwmann were the next men to make a move, with their effort lasting until five kilometres from the finish.

Orica-Bike Exchange hit the front of the peloton in the final kilometre and were rewarded for their impressive lead out as Nielsen stormed to his second win of the race in a time of 2hr, 48min and 52sec, with the Dane having already triumphed on stage 18.

Italy’s Daniele Bennati and Belgium’s Gianni Meersman finished second and third on the stage, finishing on the same time as the winner.

Quintana was able to safely roll across the line to secure the overall victory, with the Colombian finishing 1:23 ahead of Britain’s Tour de France winner Chris Froome.

The Movistar rider, whose other Grand Tour triumph was the 2014 Giro d’Italia, was joined on the podium by his countryman Esteban Chaves, who ended 4:08 down in the final standings.

Italy’s Fabio Felline was able to secure the green points jersey, while Spain’s Omar Fraile claimed the King of the Mountains classification.

BMC Racing were awarded the team classification at the conclusion of the International Cycling Union (UCI) WorldTour race.

The inaugural UCI Women’s WorldTour season also drew to a close with the Madrid Challenge by la Vuelta being the final round of the series.

Belgium’s Jolien D’Hoore claimed the victory in the 87km race by sprinting across the line in a time of 2:01:0.

The United States’ Megan Guarnier, who had already been confirmed as the first winner of the series, finished in 46th place.