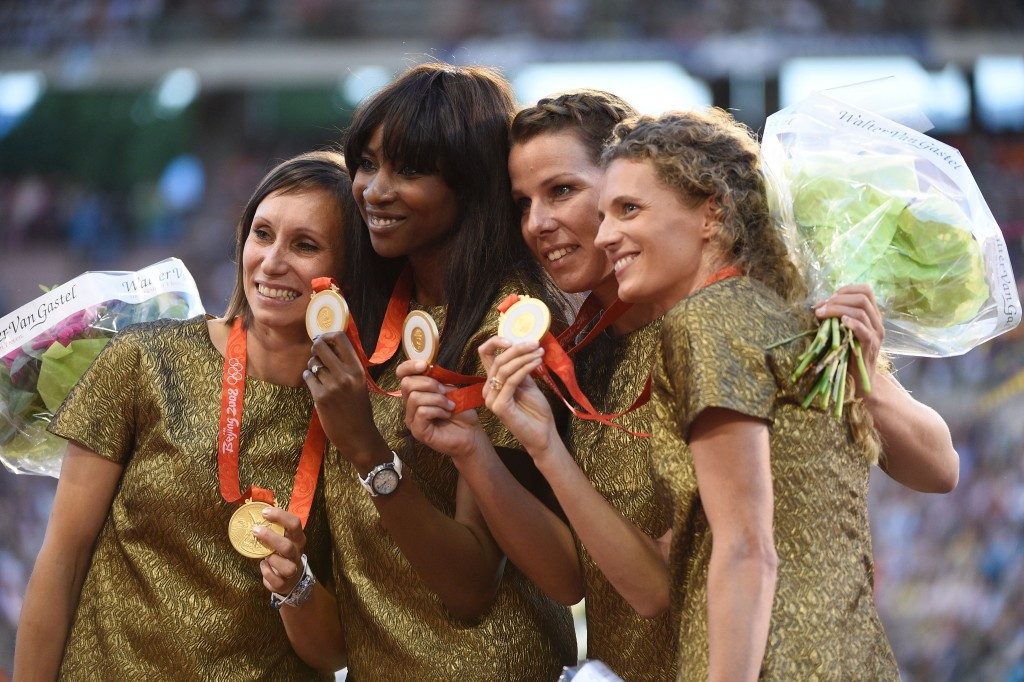 Sebastian Coe and Svein Arne Hansen, Presidents respectively of the International Association of Athletics Federations (IAAF) and European Athletics, were among 40,000 spectators at the King Baudouin Stadium in Brussels who acclaimed the belated award of the Bejing 2008 Olympic gold to Belgium’s women’s 4x100 metres team following the disqualification of original winners Russia for a doping offence.

"The medal reallocation process has been expedited to ensure that the rightful Beijing 2008 Olympic relay gold medallists were properly honoured at Belgium’s and the IAAF's Diamond League annual athletics finale.

"It shows what can be achieved and we will endeavour to ensure these processes are generally accelerated in the future."

The medal re-allocation took place after the latest round of retrospective tests by the IOC on samples taken at the 2008 and 2012 Olympics.

The sample given by Russia’s final leg runner Yulia Chermoshanskaya tested positive for the banned steroids stanozolol and turinabol, which meant the team lost their title.

The Belgian quartet came into the Beijing Games as fourth fastest qualifiers behind Russia, Jamaica and the United States, the quickest team.

But when the US quartet dropped the baton in the heats after a misunderstanding between Torri Edwards and Lauryn Williams on the first changeover - the US men’s 4x100m team were also disqualified in the heats when Tyson Gay dropped the baton - the medal possibilities opened up for the European leaders as they qualified third fastest for the final.

There were further upsets in the final as the favourites Jamaica came to grief after Sherone Simpson and Kerron Stewart failed to negotiate the second handover, leaving 200m champion and anchor runner Veronica Campbell-Brown at her mark, head bowed.

Britain, also in the mix for medals, dropped out of contention at the same point after a misunderstanding between Montell Douglas and Emily Freeman.

After Gevaert - twice European champion and three-times European indoor champion - chased home Chermoshanskaya, the celebrations began for what was their country’s first medal of the Games in any sport.

Now that first medal is golden rather than silver.