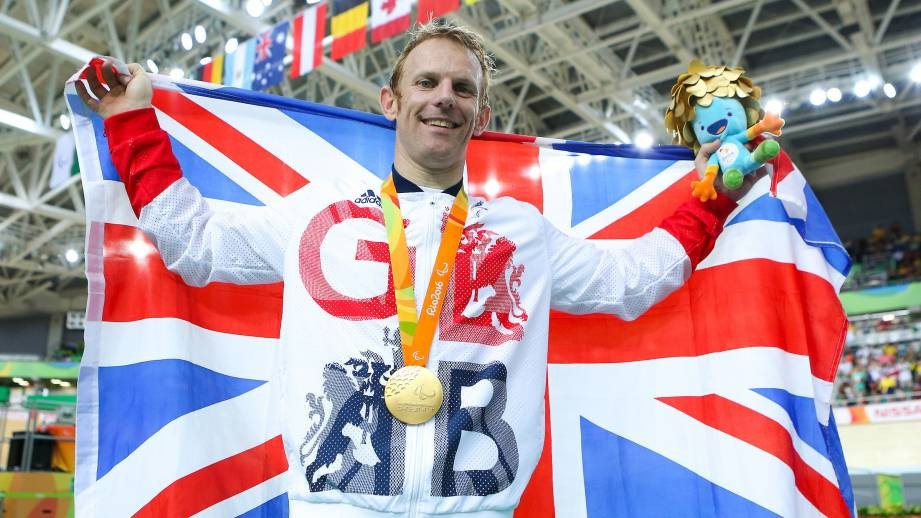 Britain’s Jody Cundy rode to redemption in the men’s C4-C5 1000 metres time trial to secure the sixth Paralympic gold medal of his career at the Olympic Velodrome in Rio de Janeiro.

The 37-year-old famously launched a tirade against officials at London 2012 after he was disqualified following a faulty start to his effort in the event.

But, four years on, the world champion delivered a Paralympic record time of 1min 2.473sec to claim the gold medal.

The Briton, riding last in the event, pushed Jozef Metelka down into the silver medal position, with the Slovkaian having finished in a time of 1:04.194.

Spain’s Alfonso Cabello Llamas completed the podium after he finished in 1:04.494.

"This day has been on my mind for four years, ever since I kicked off in London and started throwing things about," said Cundy afterwards.

"I’ve tried to put the past to the back of head in the last few days but I was so nervous and that really hurt and I’m just glad that’s over.

"To do it on the big stage was important but I would have liked to win in a personal best."

The duo posted a Paralympic record time of 1:06.283 to secure the title, with Larissa Klaassen and her pilot Haliegh Dolman winning silver for The Netherlands in 1:07.059.

Jessica Gallagher finished in a time of 1:08.171 alongside Maddie Janssen, with the bronze seeing her become the first Australian to win a medal at the Summer and Winter Paralympic Games.

The 30-year-old won women's slalom visually impaired bronze at Vancouver 2010, before repeated the feat in the giant slalom at Sochi 2014.

The United States’ Joseph Berenyi proved unable to defend the men’s C3 3000m individual pursuit he claimed at London 2012, after he finished 1.014 seconds behind Australia’s David Nicholas in the gold medal ride.

Ireland’s Eoghan Clifford secured the bronze medal in a time of 3:40.201, with Canada’s Michael Sametz ending 1.389 seconds off the pace.

China’s Liang Guihua celebrated an upgrade from the silver medal he won four-years ago in the men’s C2 3000m individual pursuit.

The 32-year-old finished two seconds clear of Canada’s Tristen Chernove, winning the gold medal in a time of 3:44.553.

Bronze was won by Britain’s Louis Rolfe, with the 19-year-old finishing 1.868 seconds ahead of Colombia’s Alvaro Galvis Becerra.