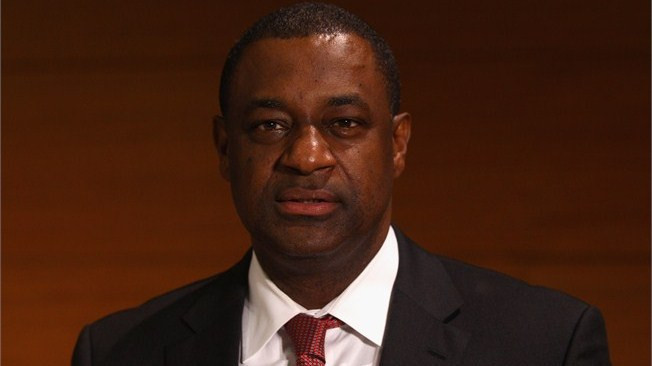 Former FIFA vice-president Jeffrey Webb has been banned from all footballing activity for life and fined a sum of CHF 1,000,000 (£770,000/$1 million/€912,000) by the Adjudicatory Chamber of the Ethics Committee, it was announced today.

The verdict, delivered by judge Hans-Joachim Eckert, came after Webb, also a former President of the Confederation of North, Central America and Caribbean Association Football (CONCACAF), was found guilty of a number of ethics breaches.

This included bribery and corruption, general rules of conduct, loyalty, duty of disclosure, co-operation and reporting and conflicts of interest.

The Investigatory Chamber of the Ethics Committee had pushed for a life ban for Webb.

"The Adjudicatory Chamber of the Ethics Committee chaired by Mr Hans-Joachim Eckert has banned Mr Jeffrey Webb, former President of CONCACAF, vice-president of FIFA and President of the Cayman Islands Football Association, for life from all football-related activities on a national and international level," a FIFA statement read.

"The ban comes into force immediately.

"The investigations against Mr Webb were opened on 27 May 2015 and were conducted by Dr Cornel Borbély, chairman of the investigatory chamber of the Ethics Committee, following an indictment by the United States District Court, Eastern District of New York.

"The final report was transmitted to the adjudicatory chamber on 26 April 2016, which opened formal adjudicatory proceedings on 4 May 2016."

The 51-year-old official from the Cayman Islands is one of the officials targeted by American authorities investigating corruption within FIFA, with the probe largely centred on illicit television and marketing deals.

He was accused of soliciting and accepting millions of dollars of bribes in exchange from marketing firms in exchange for sponsorship and marketing deals for regional football tournaments.

Amid the ongoing corruption scandal, world football's governing body announced back in March that they would attempt to recoup "tens of millions of dollars" from corrupt officials.