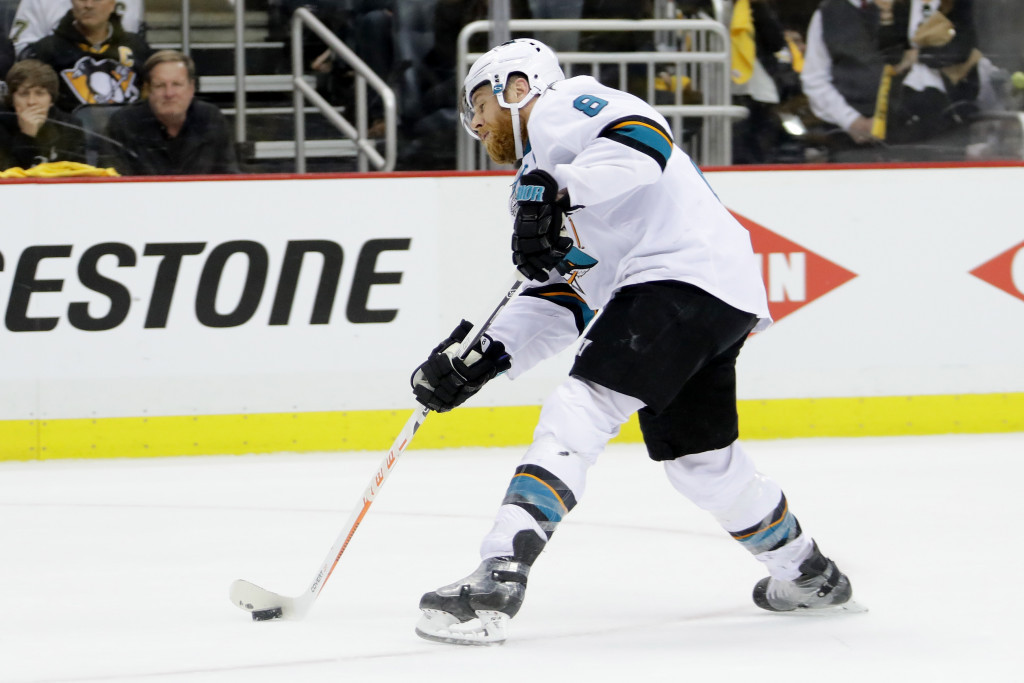 Joe Pavelski of the San Jose Sharks will captain the American team at the National Hockey League (NHL) World Cup of Hockey, USA Hockey has announced.

The 32-year-old will lead the team at the event, due to take place from September 17 to October 1 at the Air Canada Centre in Toronto.

Pavelski, who led the San Jose Sharks to their first Stanley Cup final this year, where they suffered defeat at the hands of the Pittsburgh Penguins, will have two alternate captains for the eight-team tournament.

The Chicago Blackhawks’ Patrick Kane and Ryan Suter of Minnesota Wild, who also performed the role for the American side which claimed the silver medal at the 2010 Winter Olympic Games in Vancouver, will be Pavelski’s alternates.

A series of other NHL players have also been selected on the US leadership team for the competition, including David Backes of the Boston Bruins, the Anaheim Ducks’ Ryan Kesler, Ryan McDonagh, who plies his trade for the New York Rangers, and Minnesota Wild alternate captain Zach Parisé.

John Tortorella, the head coach of the US team, says he is delighted with the side’s preparations for the event and is hoping they can return from Toronto with the World Cup of Hockey Trophy.

"The great news for us is that we have plenty of leaders in our room," he said.

"In the end, in addition to our captain and alternate captains, we also selected four other players and those seven guys will form an overall leadership group for our team.

"Our goal is simple and that’s to win the World Cup."

The third edition of the World Cup of Hockey is due to take place 12 years after the second.

The tournament, last won by Canada in 2004, will also feature the United States, Sweden, Finland, and the Czech Republic.

A North American team, featuring players aged 23 and under, will appear in the competition as well as a squad which includes the best players from the rest of Europe.

The two-week tournament is set to feature more than 170 of the best players in the NHL.

The US are due to entertain Canada in their first of three pre-tournament games today.

The two sides have also been drawn together in Group A, which also features the Czech Republic and Team Europe.

Russia will play Finland, Sweden and the North American team in Group B.