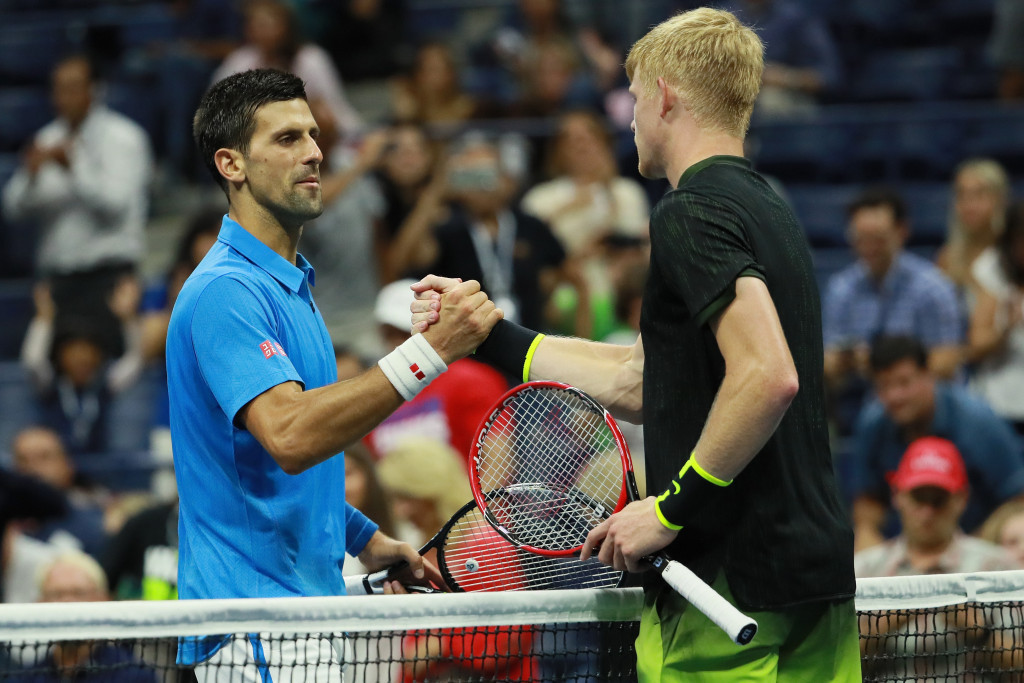 World number one Novak Djokovic ended the fairytale US Open run of Britain’s Kyle Edmund with a ruthless display as Frenchman Lucas Pouille showed exactly why he is considered one of tennis’ rising stars by beating Rafael Nadal in a five-set thriller at Flushing Meadows.

Djokovic, who has played just six games in his last two appearances on court after second and third round opponents withdrew through injury, returned to form as he inflicted a crushing 6-2, 6-1, 6-4 defeat on the Briton, ranked at number 84 in the world.

The defending champion had been out of sorts recently following early exits from Wimbledon and the Olympic tournament at Rio 2016 but now appears to be approaching somewhere near his best, marking an ominous sign for the others in the draw.

The Serbian, who will take on France's Jo-Wilfried Tsonga in the quarter-finals, had been seeded to meet Nadal in the semi-finals but the Spaniard crashed out at the fourth round stage after he lost a titanic battle with Pouille, the 24th seed.

In a marathon tussle at the Arthur Ashe Stadium, the Frenchman and the Spanish fourth seed traded ferocious blows from the back of the court, with Pouille taking the advantage early on.

Nadal, winner of 14 Grand Slam titles, then hit back and that pattern continued as the match headed into a decider.

Pouille recovered from a break down in the fifth to force a tie-break and, despite squandering three match points, he was able to get over the winning line to set up a meeting with compatriot Gael Monfils in the last eight.

“It took everything - I could not dream better than that,” Pouille said after earning the biggest victory of his career.

In the women’s draw, Germany’s Angelique Kerber, the Australian Open champion, saw off the tricky challenge of two-time Wimbledon winner Petra Kvitová of the Czech Republic.

The contest was expected to be a close one but the German, seeded second, proved too strong as she marched into the quarter-finals with a 6-3, 7-5 triumph.

Kerber’s next opponent will be 2015 US Open runner-up Roberta Vinci of Italy, who beat Lesia Tsurenko of Ukraine 7-6, 6-2.

Unseeded Latvian Anastasija Sevastova is also through as she swept aside Britain’s Johanna Konta 6-4, 7-5.

Sevastova, who retired in 2013 but made a comeback, will take on Caroline Wozniacki of Denmark after she overcame American Madison Keys, seeded eighth, 6-3, 6-4.