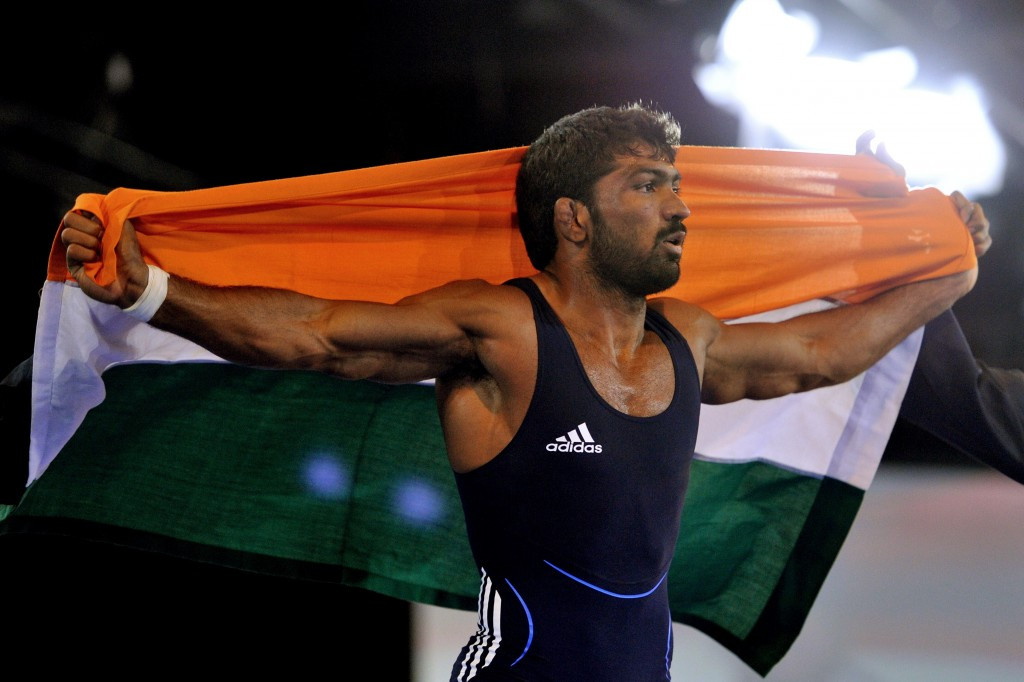 Indian wrestler Yogeshwar Dutt has refused to accept the upgraded London 2012 Olympic silver medal he claims to have received following reports the late Besik Kudukhov had failed a retrospective drugs test, insisting it should remain in the Russian's family.

Dutt said earlier this week that his men’s 60 kilograms freestyle bronze from the Games four years ago would be changed to silver after a sample provided by Kudukhov, who died in a car crash in 2013 at the age of 27, tested positive for a banned substance using up-to-date techniques.

The sport’s worldwide governing body, United World Wrestling (UWW), told the Indian Express that “Kudukhov failed a dope test in re-tests of samples collected during the London Games but no clarification on the matter has been given”.

If his positive test is confirmed, Dutt, who went on to beat North Korea’s Ri Jong-myong for bronze after initially losing to the Russian in the last 16, will be moved up to second place.

The Indian wrestler has tweeted, however, that "if possible Kudukhov should be allowed to keep the medal".

"It will keep his family honour intact," said Dutt.

"For me, humanity is everything."

Dutt also said Kudukhov retrospectively testing positive was "very sad" and that he still had "respect" for the Russian despite of the controversy surrounding the alleged doping case.

Kudukhov, a four-time world champion and 55kg bronze medallist at the Beijing 2008 Olympics, died in southern Russia in December 2013.

He was killed when a heavy-duty vehicle collided with his vehicle on the federal highway near Armavir as he was travelling from the city of Krasnodar.

Dutt’s gesture of not accepting the silver medal has received widespread praise on social media.

The Wrestling Federation of India says it has been informed about the decision but is waiting for a written confirmation from the International Olympic Committee (IOC) before making an official statement.

An IOC spokesman recently told insidethegames that the names of those wrestlers who have tested positive will be announced "as they are analysed and dealt with, not in one single consignment".

Dutt was eliminated by Mongolia’s Ganzorigiin Mandakhnaran in the round of 32 at Rio 2016, where fellow Indian wrestler Narsingh Yadav was initially cleared of a doping offence before being banned for four years by the Court of Arbitration for Sport.

If Dutt’s upgrade is confirmed, he will become the second wrestler from India, after Sushil Kumar, to win silver at an Olympics.

Kumar was second at London 2012 in the men’s 66kg freestyle.