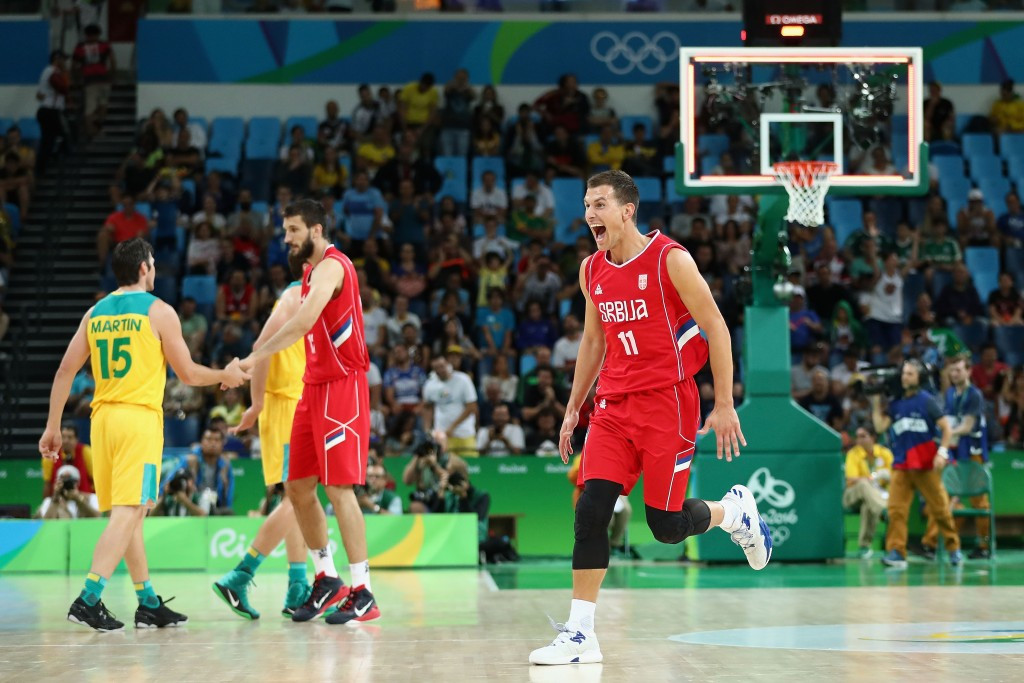 An Australian Olympic Committee (AOC) Disciplinary Committee has called on Brazilian authorities to remove the record of criminal proceedings brought against nine athletes from the country who gained access to a Rio 2016 basketball semi-final with tampered accreditation.

In a statement published after a report by lawyer Patrick George, commissioned by the AOC to look into the debacle, the Committee claimed the athletes involved had “suffered disproportionately”.

The group, representing six different sports, sat in upgraded seats during the Australia versus Serbia men's basketball semi-final on August 19.

They were subjected to two days of questioning for "falsifying documents", an offence that can carry a prison sentence of up to five years in Brazil, before being ordered to each pay a fine of BRL10,000 (£2,386/$3,120/€2,780) per athlete.

The nine Australians were released without charge after the AOC agreed to pay the fines.

George’s report revealed they had gained access to the contest, which was won by the Serbian side, after two of the AOC’s Athlete Services team stuck labels on their accreditations to enable them to enter the Carioca Arena 1 venue.

The lawyer documented that this had not been the first time an accreditation had been doctored as athletes had been given printed stickers which allowed them to access “all venues” in the first week of the Games.

This practice came to a stop at the request of Australia’s Chef de Mission Kitty Chiller, the report said.

It also claimed the venue manager and the police should have discussed the matter with the International Olympic Committee (IOC) but they failed to do so.

The Athlete Services members involved were admonished of their behaviour and were barred from attending the Closing Ceremony as they were "denied privileges" by departing early from the Games.

“The Commission also noted that their motive to assist their team mates occurred in the context of a "complex" situation at the Games including empty seats at venues which had been the subject of criticism by the media and the IOC in the lead up to and in the course of the Games themselves,” the AOC Disciplinary Committee statement read.

According to the Sydney Morning Herald, up to 80 athletes may have attended the basketball semi-final.

The AOC will forward the determination off the back of the report to the IOC and will join the organisation in asking that any criminal record, and the two-year behaviour bond, is expunged.

The report itself described the case for the prosecution as “flawed”.

"The oppressive nature of the criminal process and the manner of which the process was pursued in this instance means the AOC and the IOC should now make every effort to redeem the athletes, and make an attempt to repair their good reputations," it said.

Chiller had also offered the athletes an apology during the Games, admitting they were “definitely not at fault”.

The incident was among a number of controversies involving Australian athletes at Rio 2016, where they returned with 29 medals - their worst haul for 24 years.

Two swimmers - Emma McKeon and Josh Palmer - were initially banned from marching at the Closing Ceremony after they failed to return to the Athletes' Village after a night out during the Games.

McKeon was eventually allowed after apologising to Chiller but Palmer, who claimed he had been robbed at gunpoint on the evening in question, missed out.