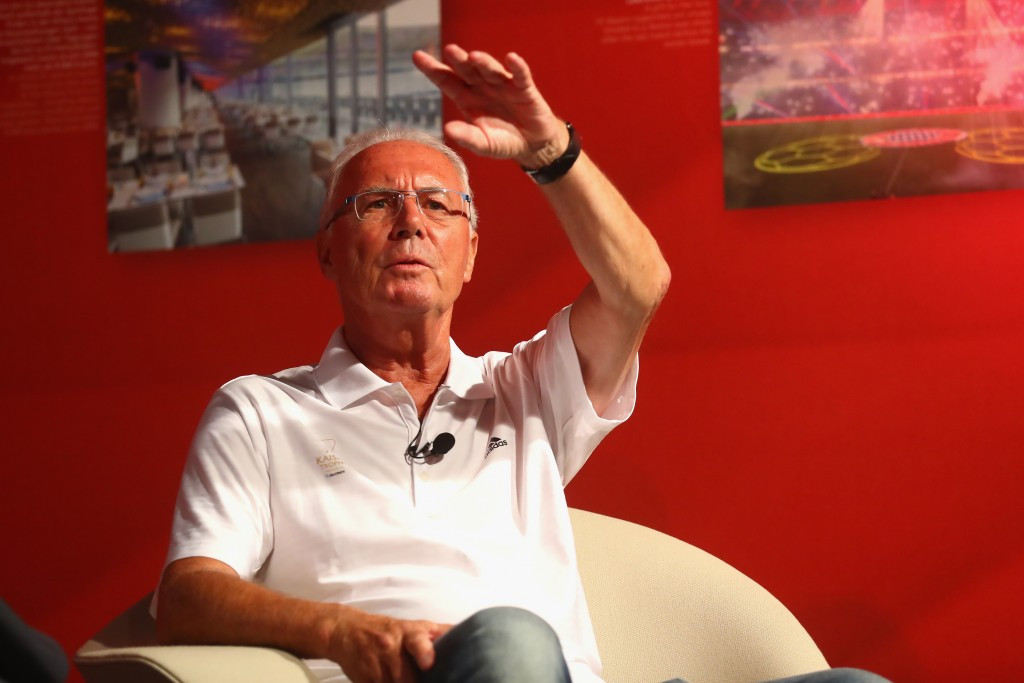 Franz Beckenbauer is one of four men under investigation by Swiss Federal prosecutors for alleged corruption concerning Germany's successful bid to host the 2006 World Cup, it was confirmed today.

A spokeswoman for the Office of the Attorney General of Switzerland (OAG) said the probe was part of an "ongoing operation" in a wider investigation into the Organising Committee for the tournament, which was headed by Beckenbauer.

All four were members of the Executive Board of the Germany 2006 Organising Committee.

They are facing charges of fraud, criminal mismanagement, money laundering and misappropriation, the OAG confirmed following claims made in German publication Der Spiegel.

The probe focuses on the financing of a gala event by the DFB at a cost of €7 million, later reduced to €6.7 million, which was due to be held in Berlin before it was cancelled.

"It is suspected that the suspects knew that this sum was not being used to fund the gala event, but instead to repay a debt that was not owed by the DFB," the OAG said in a statement.

Searches were carried out in co-operation with Austrian and German authorities for the collection of evidence simultaneously in eight separate locations today.

"This was presumably done by the use of false pretences or concealment of the truth, thus inducing the other Committee members to act in a manner that caused DFB a financial loss," the statement added.

Beckenbauer has always denied wrongdoing and the OAG said all four were presumed innocent at this stage.

FIFA began an investigation of their own in March of this year concerning the bid process which led to the European nation being awarded the event in July 2000.

It followed allegations that a slush fund of €6.7 million (£5.6 million/$7.4 million) was set up in order to bribe members of FIFA’s ruling Executive Committee in the 2006 World Cup bid race, made in the Der Spiegel magazine.

An independent report into the accusations, commissioned by the DFB and conducted by law firm Freshfields Bruckhaus Deringer, which was published in March, found no clear evidence that votes were bought but also suggested the possibility cannot be ruled out due to the amount of files and documents that could not be obtained.

The report did, however, uncover potentially damaging claims concerning Beckenbauer, a winner of the World Cup as a player in 1974 and then as a manager in 1990.

It uncovered a series of suspicious payments he allegedly made to banned former FIFA vice-president Mohammed bin Hammam.