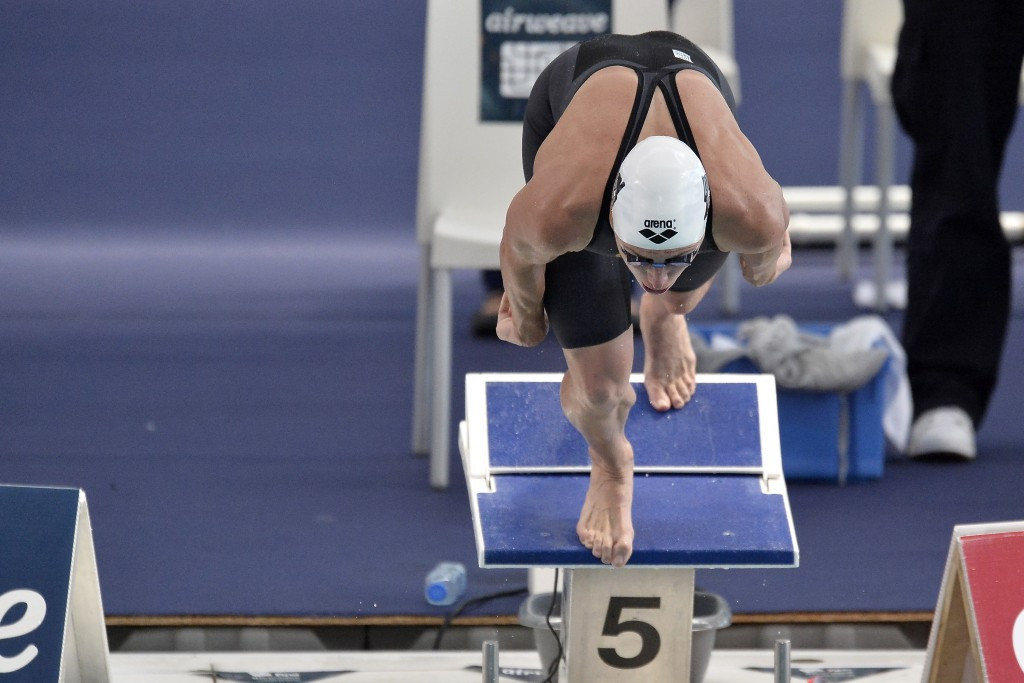 She now has a stunning 14 victories so far.

Hosszú's first win today arrived in the women's 100 metres backstroke in a time of 55.60 seconds.

She then added victories in the women's 400m freestyle, 100m medley and in the penultimate race of the day, the 400m individual medley.

Denmark's Jeanette Ottesen was impressive today as she won her first of two competitions in the women's 100m freestyle.

She beat Australian Madeline Groves and Hosszú in a time of 51.87 seconds.

The Danish swimmer then went on to complete her double in the 50m butterfly final in a time of 24.95.

Elsewhere in the women's races, Jamaican Alia Atkinson won the women's 50m breaststroke in a time of 29.00sec whilst German Franziska Hentke claimed another victory in her home nation in the 200m butterfly.

Arguably the race of the day, however, came in the women's 200m breaststroke as Japan's Rie Kaneto and Yuliya Efimova of Russia finished a mere 0.60 seconds apart with Kaneto narrowly winning.

In the men's competitions South Africa’s Chad Le Clos, who won both the men's butterfly events in yesterday's programme, added a third title to his collection in Berlin in the men’s 100m butterfly in a time of 48.66 seconds.

Elsewhere,  James Guy of Great Britain was victorious in the men's 200m freestyle.

He won the race in 1:42.22 ahead of German Philip Heintz and Austria's Jack Gerrard.

Australia's Mitchell Larkin was dominant in the men's 200m backstroke.

He finished the race in a time of 1:48.81, almost three seconds ahead of his closest rival.

Vladimir Morozov, who yesterday in the men's 100 metres individual medley broke the world record for the second time in as many races, won once today in the men's 50m freestyle, beating Le Clos, who came second, by 0.30 of a second.

In the final race of the day, Russia once again were in imperious form in the relay.

The team of Kirill Prigoda, Vladimir Morozov, Daria Ustinova and Yuliya Efimova won in a time of 1:32.07.