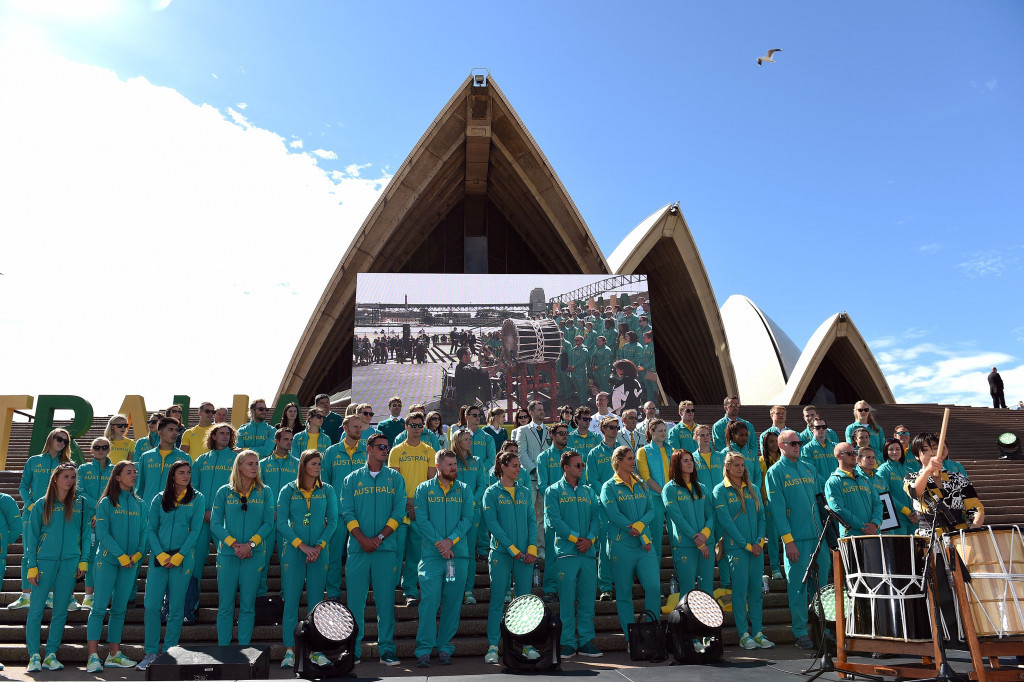 Hundreds of Australians gathered at the Sydney Opera House to welcome home their athletes who competed at the Rio 2016 Olympics, despite the country producing their worst performance at a Games for 24 years.

Australia only managed to win 29 medals in total in Brazil, and the chief executive of the Australian Sports Commission, Simon Hollingsworth, has since announced his resignation.

At their home Games in Sydney in 2000, Australia won a national best 58 medals before claiming another 50 in Athens four years later.

However, the 35 won in London was considered a poor return and that number dropped further in Rio.

Hollingsworth left his post as debate continues over the "Winning Edge" programme, which ties funding to the likelihood of podium finishes.

"Simon's a man of integrity and quite a bit of knowledge and we certainly need that type of person in sports administration at the present time in this country," said Crosswhite.

"I think right now everybody's looking and seeing what worked and didn't work and a lot of people say we didn't meet our expectations in Rio but in some respect maybe some of those expectations weren't realistic as well."

The day of celebrations began in Sydney at a harbour-side reception hosted by Governor General Sir Peter Cosgrove at Admiralty House in Sydney.

Kim Brennan, the Closing Ceremony flag-bearer and gold medal-winning rower, said the public welcome home parades were a "huge part" of the Olympic experience for the athletes.

“This brought me back to my first Games in 2008," she said, as reported by The Australian.

"I didn’t have a medal and I felt like I’d let my country down.

"I felt unworthy and that I shouldn’t probably go to the parade.

“But the people of Australia celebrated me with absolute enthusiasm.

"They reminded me it’s such a special honour to wear the green and gold.

"It was a humbling reminder the Olympics are a shared experience but it’s one that is also our duty to share with others.”

Swimmer Cate Campbell said the celebration constantly reminded her of just how keenly the public follow the Olympics.

“You don’t realise how many people have invested in you and cheered you on and commiserated with you,” said the 4×100 metres freestyle gold medallist.

“It really does hit home that your whole country is behind you and cheering you on win, lose or draw.”

Sir Peter told the team: “We’ve celebrated your successes, jumping around the lounge room at home, exchanging high-fives in the office with people we otherwise wouldn’t speak to.

“When the sporting gods have been cruel to you on occasion, and we sit here and wonder if something is fair when it’s decided by a penalty shoot-out, or a millisecond, or a bit of bad luck and it’s not a podium finish, we remind ourselves: 'that’s sport.'"