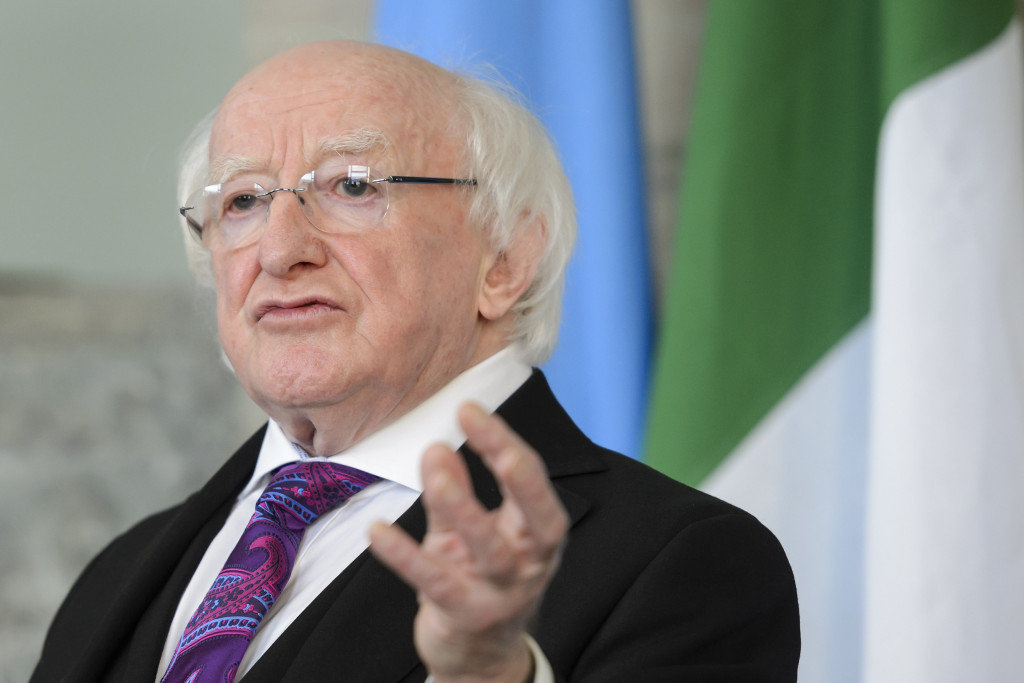 Irish President Michael Higgins has warned doping and sports administration issues in the country could seriously damage the public’s confidence should they not be addressed.

Higgins was speaking at a reception for the Irish Olympic team, following their arrival back in the country after the Rio 2016 Olympics.

The Games have largely been overshadowed from an Irish perspective by the turmoil within the Olympic Council of Ireland (OCI) over an alleged ticketing scam.

OCI President Patrick Hickey is currently being held in connection with the case in the high security Bangu prison in west Rio de Janeiro.

Hickey has stepped down from all of his sporting roles until the matter is "fully resolved" but the 71-year-old denies any wrongdoing.

The director of THG Sports, Kevin Mallon, is set to be released on bail in Brazil after being arrested earlier this month, with police saying that more than 700 tickets, organised in envelopes and marked for sale, were found in a safe with him.

He has also denied any wrongdoing, while Hickey's family say they have fears over his health.

The OCI appointed accountancy firm Grant Thornton on Friday (August 26) to conduct an independent review, while a state inquiry is also underway.

Ireland were also affected by doping and judging controversies at the Games, with Higgins admitting the problems could dent public confidence.

"Issues of doping, alas never far from the Olympic story in recent years, questionable decision-making by referees and judges during the games, and the controversy around the administration of our sports all deserve serious analysis and fearless responses here at home and internationally,” Higgins said, according to the RTE News.

"Each of these issues, if not adequately addressed, has the potential to undermine public confidence in our athletes, in our sporting administration and in the fairness of international sporting competition itself.”

Ireland was at the centre of a trio of major boxing stories during Rio 2016 with middleweight Michael O’Reilly being withdrawn from the Games after admitting taking a banned drug.

Bantamweight Michael Conlan then claimed that amateur boxing “stinks from the core to the very top” after controversially losing his quarter-final against a battered and bruised Vladimir Niktin of Russia.

The boxers were allegedly reprimanded for a breach of the Code of Ethics after gambling between July 24 and August 24.

It isn’t known at this stage if boxing is one of the sports involved or if the pair gambled on their own bouts.

Ireland ended the Games with two silver medals, with Annalise Murphy securing the country’s first Olympic sailing medal since Moscow 1980 when she ended as the runner-up in the laser radial event.