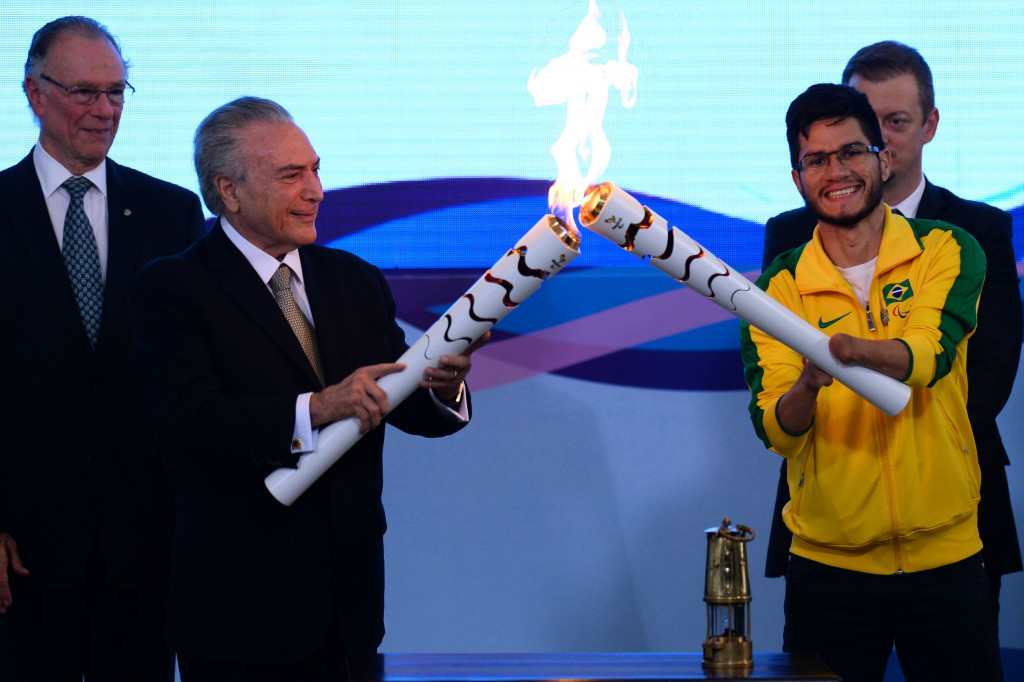 The Rio 2016 Paralympic Torch has been lit by Brazil’s interim President Michel Temer at a ceremony held in the host nation’s capital Brasília.

"The experience of hosting the Olympic Games, called by many people the best in history, guarantees that the Paralympic Games will continue in the same direction," Nuzman said.

"We will receive the Paralympic world in a city that has been transformed."

Receiving the Torch from Temer was Brazilian Paralympian Yohansson Nascimento, who won gold in the 200 metres T46 at London 2012.

"I have no doubt that the Paralympic Games will also be a success," said the 28-year-old, who was born without hands.

"Our target of finishing in the top five is very ambitious, but we have had all the support we need to reach it.

"We are prepared and we will achieve it.

"I have no doubts that we will hear the Brazilian national anthem every day."

The Paralympic Torch Relay is due to begin on September 1 and will pass through five Brazilian cities - Brasília, Belém, Joinville, Natal and São Paulo - on its way to Rio de Janeiro for the Opening Ceremony on September 7.

The 12-day Games are due to be broadcast to an estimated cumulative television audience of more than four billion people in more than 100 countries.

It was announced last week that up to 10 countries may not be able to attend regardless of whether grants are paid by organisers due to financial problems experienced by Rio 2016.