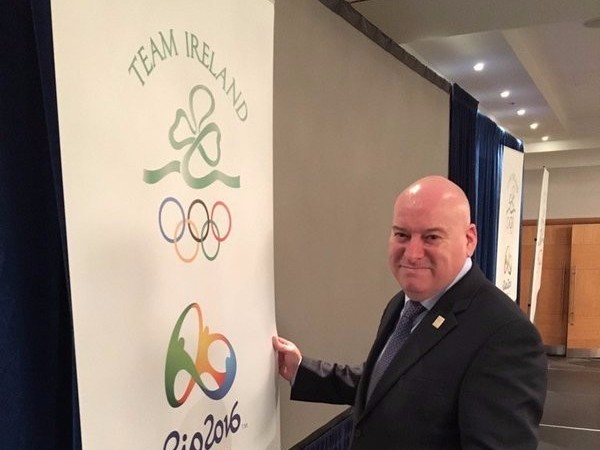 Ireland's Chef de Mission for Rio 2016 Kilty and OCI chief executive Martin each came into the Cidade da Policia headquarters alongside their lawyers and were subjected to around four-and-a-half hours of questions.

Each is no longer considered a suspect, police said afterwards, with a process having begun to return their passports and allow them to leave the country.

They are now in a similar position to OCI secretary general Dermot Henihan, who came in for questioning on Tuesday (August 23) but is still waiting to receive his passport.

"They [Kilty and Martin] cooperated with us in confirming the role of Patrick Hickey as the one who handled ticket operations," said investigator Ronaldo Oliveira afterwards.

"All of the actions were decided by him.

"So the police is putting together this puzzle.

“Their testimony was very good and fitted with what we already know.

“But we now have to confirm various details before we can release more details - the evidence will now be analysed.”

They told reporters beforehand that they were "here to cooperate".

Hickey, who was also President of the European Olympic Committees and an International Olympic Committee Executive Board member, is being held in the high security Bangu prison in west Rio de Janeiro in connection with the alleged ticketing scam.

The 71-year-old, who was arrested in a televised dawn raid at the Windsor Marapendi Olympic Family Hotel, has stepped down from all of his sporting roles until the matter is "fully resolved".

It is alleged by Brazilian police, however,  that Pro10 Sports Management, the Dublin-based company who were selected, were just a front operation to conceal THG's involvement.

A case against THG director Stephen Mallon has also been opened today at a special Olympic court in Rio de Janeiro.

Mallon was arrested earlier this month and is thought to be sharing a prison cell with Hickey.

Public prosecutors now have 15 days to review the case.

The case against Hickey, who is charged with "ticket touting, forming a cartel and illicit marketing", has not yet come to court.

It is being delayed due to a backlog of cases caused partly by the suspension of proceedings during the Olympic Games which closed here on Sunday (August 21).

When asked how long it could take to come to court earlier this week, police officer Aloysio Falcao said: "Because it is a very complex case, maybe two to three months."

Several bail applications have been made by Hickey's lawyers and, if these are rejected, it is thought likely he could move to house arrest in Rio due to his age and suspect health.

A separate investigation into the OCI has been opened by the Irish Government.

She wrote in the Irish Times that the story had been "sensationalised".

"I am at the stage where I don’t know what to believe, as this story has been sensationalised and currently there is no proof or evidence to tell the full story," she said.

"That can only come with time."