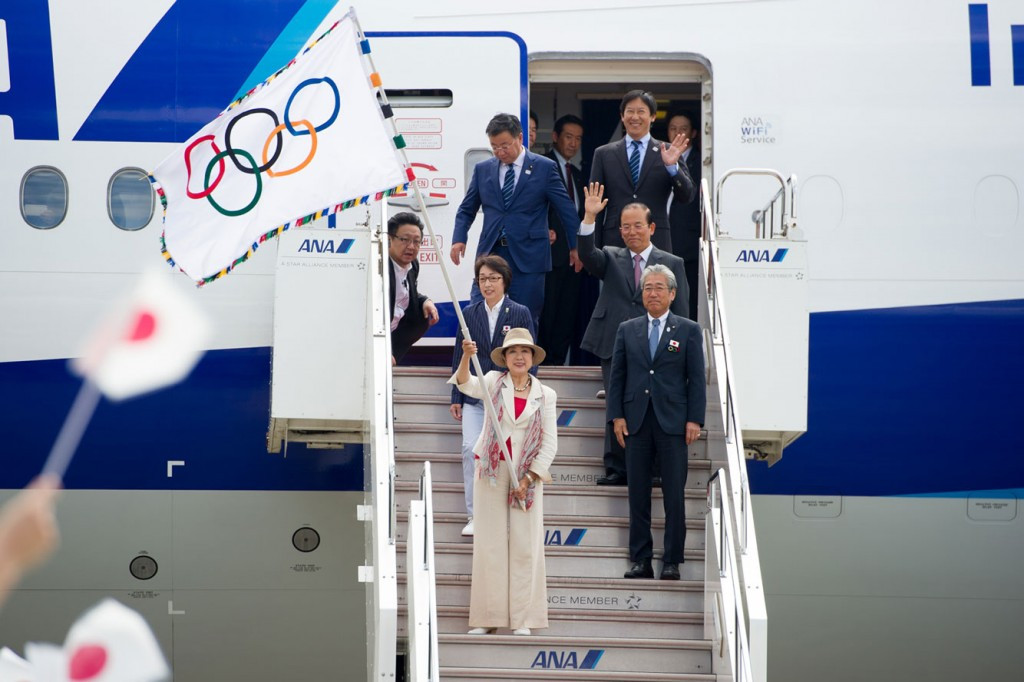 The Olympic Flag has today arrived in 2020 Games host city Tokyo after travelling more than 18,000 kilometres from Rio de Janeiro.

Rio Mayor Eduardo Paes handed the Flag over to Tokyo Governor Yuriko Koike during the Rio 2016 Closing Ceremony at the Maracanã Stadium on Sunday (August 21).

"I am delighted to have the honour of bringing the Olympic Flag to Tokyo for a second time," said Koike.

"I would like to express my sincere admiration and respect to all those who have been involved in preparations for the 2020 Games to date.

"Together with all of you, I am looking forward to delivering a truly successful Olympic and Paralympic Games in 2020."

The Olympic Flag's journey from Rio to Tokyo completed the transition between the two Olympic host cities.

Over the coming year, the Olympic Flag will be exhibited in more than 62 sites around Tokyo and in the three prefectures affected by the 2011 East Japan earthquake.

"The support of fans in Japan during the Rio 2016 Games was really impressive," said Mutō.

"From now, as the hosts of the next Summer Olympics, we aim to generate real passion for the Games, doing everything possible to inspire the world's youth and successfully stage the world's greatest sporting event in the heart of Tokyo."

Koike, President of the Japanese Weightlifting Federation and a former Defence Minister in the Japanese Government, was elected as the city's first female Governor last month.

Running against 20 other candidates, the 64-year-old Koike eclipsed her nearest rival by more than a million votes.

The turnout for the election was low at about 27 per cent but voters overwhelmingly backed Koike, a one-time television news anchor who speaks English as well as Arabic, which she learned as a student in Egypt.

The 2020 Olympic and Paralympic Games are expected to be the most important project during her four-year reign.

Tokyo has already faced many problems with its bid, with the original logo scrapped due to a plagiarism row and the initial Olympic Stadium design shelved thanks to spiralling costs.

These were followed by allegations of a suspicious payment made by Tokyo 2020 to Black Tidings, a Singapore-based firm with links to the son of former International Olympic Committee member Lamine Diack, during its successful bid campaign.