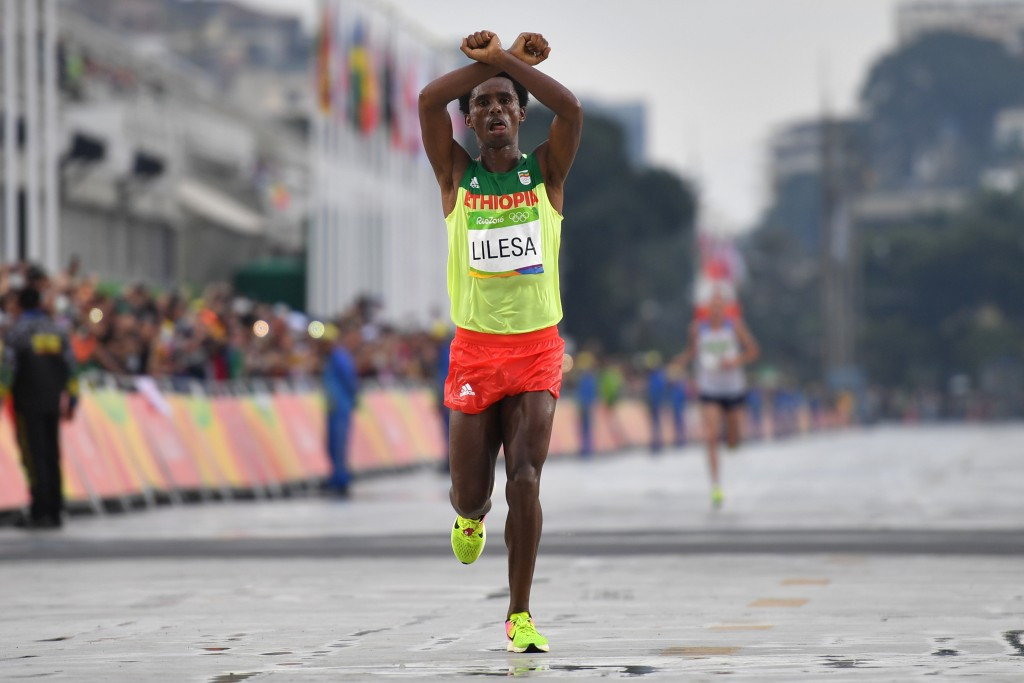 Olympic silver medallist Feyisa Lilesa has not returned home from Rio 2016 after he made a public gesture of defiance against the regime in his native Ethiopia when crossing the line during the men’s marathon race.

Lilesa finished second behind Kenyan favourite Eliud Kipchoge and proceeded to cross his arms in a gesture used to oppose the Government’s police crackdowns on protests in Lilesa’s home region of Oromo.

He then claimed he would be “killed” if he went back to the African country following the Games.

Amnesty International have revealed at least 67 people lost their lives at the weekend after bullets were fired at protesters in the Oromo area of the nation.

According to Agence France Presse, Lilesa was not on board the plane which flew Ethiopia’s team from Rio to capital city Addis Ababa on Monday (August 22).

There have been reports suggesting he may look to seek asylum in the United States.

Ethiopian officials paid tribute to their country’s achievements after they departed Rio 2016 with a haul of eight medals, including one gold, two silvers and five bronze.

But they made no mention of Lelisa’s silver and then declined to answer any questions concerning the 26-year-old.

The Government had said Lelisa should not be fearful of returning to the country despite the symbol he made at the end of the race.

Ethiopia’s Information Minister Getachew Reda told the BBC earlier this week that Lilesa, who also won bronze in the marathon at the 2011 World Championships in Daegu, would not face any sanctions and would be treated as a “hero”.

“He doesn’t want to go to Ethiopia, he wants to go to another country,” the runner’s agent, Federico Rosa, told the New York Times.

“I don’t know even when he decided to do this.

“He did this to defend his country.”

insidethegames has contacted the International Olympic Committee for comment on whether Lilesa could be sanctioned for the gesture.