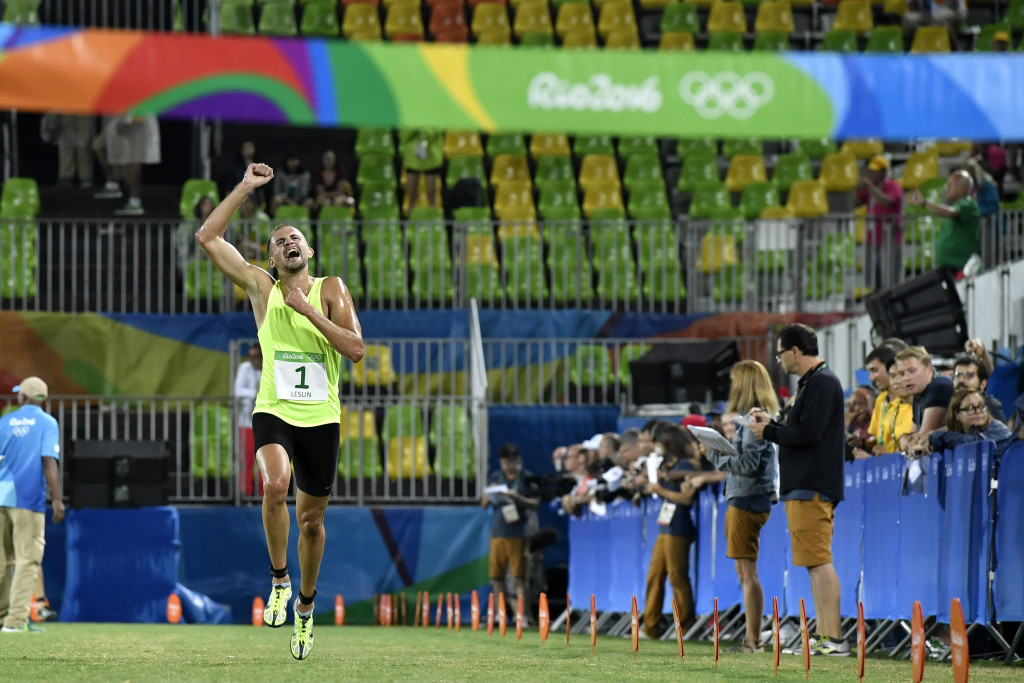 Redemption was sweet for Aleksander Lesun of Russian as he overcame the heartache of an Olympic meltdown in London to claim a last-ditch gold on the Deodoro course at Rio 2016.

Lesun, a two-time world champion and one of the world's most consistent performers, had led heading into the concluding run-shoot four years ago only to slump to fourth place after missing five shots.

He made a similarly strong start this time around but was determined not to fall short at the business end.

The 28-year-old, who competed for Belarus until 2009, set an Olympic record in the opening fencing section with 268 points.

He maintained a 23-point lead after the one-touch fencing bonus round and continued to press home his advantage in the jumping.

Lesun was being chased down by Ukrainian arch-rival Pavlo Tymoschenko in the final event but was so far ahead that he could have afforded to miss 10 shots at the end.

He did not, and was instead able to slow down and wave to the crowd 30 yards from the finish line before collapsing after taking the tape in 11min 05.74 for a final total of 1,472 points.

It continued Russia's superb recent record in the sport, which has seen them take four of the last five Olympic titles.

"I was really upset [about London], but I tried to be calm and do the same thing,"

Tymoshchenko's blistering run-shoot of 11:05.74 saw him finish just seven points behind the winner.

"I came here not just participate, I came here for a medal," said the 2015 world champion.

"There was some pressure, but last year I had my biggest achievement winning the World Championship, so it was okay here in the Olympic Games."

Ismael Hernandez after Mexico also finished well to complete a clean jumping round before finishing just one second clear of France's Valetin Prades on the run-shoot.