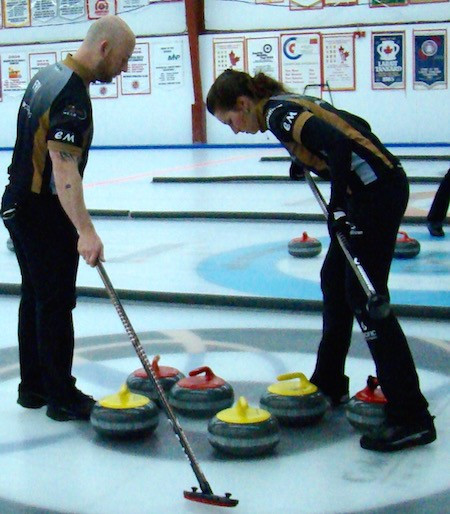 Saskatoon has been selected to host the 2017 Canadian Mixed Doubles Championship, a key event in the selection process for the Pyeongchang 2018 Olympic Games, Curling Canada has announced.

The event is scheduled to take place at the Nutana Curling Club from April 5 to 9, with the top three finishers advancing to the 2018 Canadian Mixed Doubles Olympic Trials in January at a location which has not yet been confirmed.

As well as the places on offer at the Trials, the winners of the tournament will go on to represent Canada at next year's World Mixed Doubles Championship, due to be held in Lethbridge in the North American nation from April 22 to 29.

The World Championship will determine the final eight-country field for the 2018 Winter Olympics in the South Korean resort, with the countries with the top seven combined results from the 2016 and 2017 World Mixed Doubles joining the hosts in the first-ever Olympic mixed doubles competition.

The 2016 edition of the Canadian Mixed Doubles Championship was also staged in Saskatoon, a city in Saskatchewan.

“All of the participants had rave reviews for the job Kory Kohuch and the Nutana Club did in hosting the 2016 event, so we were ecstatic to hear that they wanted to welcome everyone back next April," Hugh Avery, chair of Curling Canada's Board of Directors, said.

"Everyone is excited to see mixed doubles curling continue to grow in Canada, and with the Winter Olympics looming large, we expect a highly competitive event in Saskatoon.”

A total of 16 teams, made up of one woman and one man, will take to the ice at the competition in Saskatoon, all hoping they will be the ones to represent their country at Pyeongchang 2018.

The teams will be divided into four round-robin pools of eight, with the top two from each pool and the next four best round-robin records moving onto the 12-team single-knockout playoff.

"We’re thrilled to have another opportunity to host this elite championship,” said Kory Kohuch, general manager of the Nutana Club.

“Our co-chairs Kristie McNair and Jennifer Colwell, our volunteers and our club members will be ready once again to put on a terrific show for the athletes and fans who will be in attendance.”