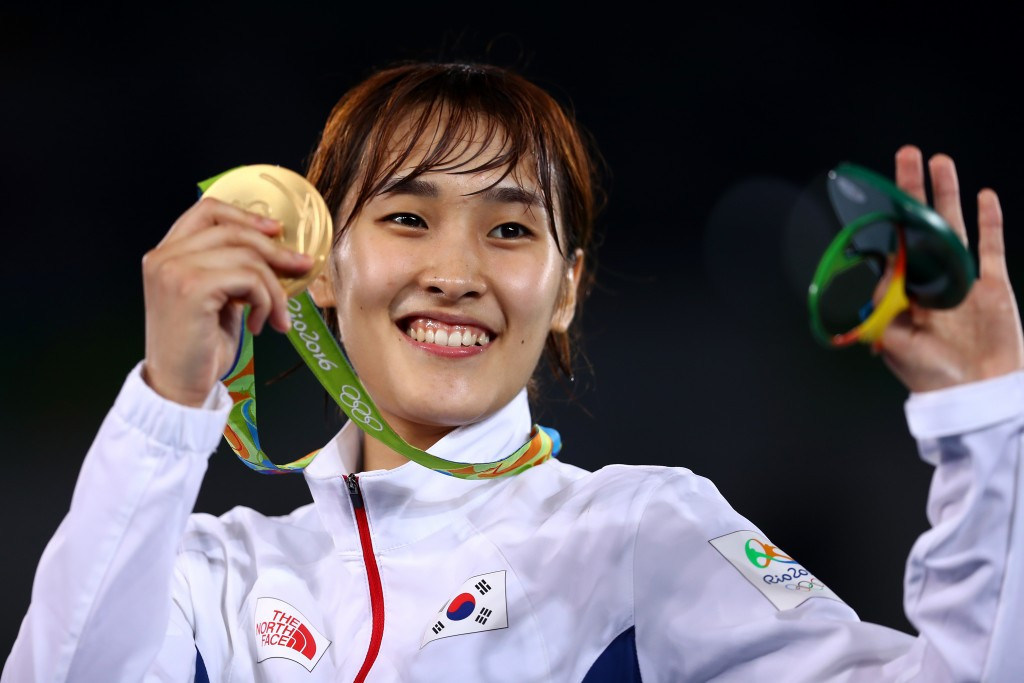 South Korea and China each won gold medals on an opening day of Rio 2016 taekwondo competition packed full of upsets in the Carioca Arena 3.

Innovation - and techwondo - were the buzzwords leading into the competition as players competed in striking multi-coloured trousers and on octagonal mats for the first time at an Olympic Games.

It ushered in a new age in the sport, a theme that was to continue when dominant Chinese favourite Wu Jinyu suffered a shock quarter-final defeat in the women's under 49 kilograms competition.

The Serb's run continued until the final, where the shorter and more accurate Kim Sohui won a thrilling contest 7-6.

Kim survived a late video replay against a penalty which would have drawn the scores level.

"I'm really proud of being the taekwondo champion, because Korea is the mother country of the sport," she said.

"I tried to be the challenger, it is a lot of pressure."

Asia enjoyed more success as China made amends in the men's under 58kg event.

Zhao appeared the stronger fighter from the outset, and landed a headkick early on to move 3-0 ahead.

Hanprab, showing impressive composure fought back, but it was the Chinese fighter who hung on for a 6-4 victory.

"It means [so much] not only for my family but for my friends as well, we will have a better future," said Zhou.

"Achieving this goal is not easy, and I need to take step by step, day by day, training and never giving up.

"I need to say thank you to my country and my province, and it's not my own individual victory, it's a whole team victory."

There was bronze medal success for Luisito Pie of Dominican Republic, as well as for Kim Taehun of South Korea.