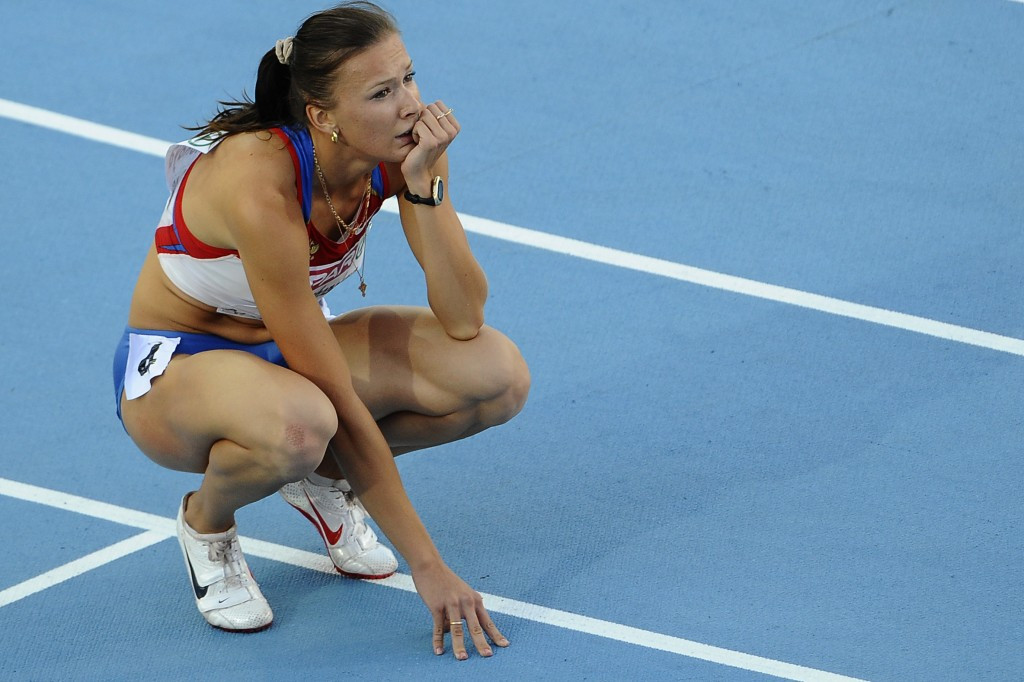 Russia have been stripped of their 4x100 metres relay gold medal from Beijing 2008 after the International Olympic Committee (IOC) confirmed Yulia Chermoshanskaya has been sanctioned after testing positive during the retesting of samples.

The 30-year-old, who also finished eighth in the 200 metres final, failed tests for steroids stanozolol and turinabol after new technology was applied.

Her results from both events have been declared void, meaning she, Yulia Gushchina, Alexandra Fedoriva and Evgeniya Polyakova will all be stripped of their relay title.

It means Olivia Borlée, Hanna Mariën, Élodie Ouédraogo and Kim Gevaert of Belgium will be upgraded to gold after originally claiming silver in a national record of 42.54 seconds.

It marks the country's first ever victory in the event and will double their medal, and gold medal, tally for the Games after Tia Hellebaut also claimed high jump victory.

NIgeria, who crossed the line third in 43.04, will be upgraded from third to second.

Their anchor leg runner Oludamola Osayomi is also a doping cheat, having been stripped of her 100m title at the Delhi 2010 Commonwealth Games.

Germany, in fourth, are the only other valid team on the results after both Jamaica and Britain dropped the baton and failed to finish.

United States failed to qualify for the final.

Chermoshanskaya becomes the seventh athlete formally disqualified by the IOC following the Beijing and London retests.

Ukrainian javelin thrower Oleksandr Pyatnytsya was stripped of her silver medal from London after also failing for turinabol.

Many other Russians are reportedly implicated, including high jump bronze medallist Anna Chicherova, but their results have not yet been formally confirmed.

Turinabol and stanozolol have been the cause of positive results for decades, with Canadian sprinter Ben Johnson testing positive for the latter steroid after winning the 100m gold at Seoul 1988.

But improved testing procedures allows them to detect use of these substance over a far longer period, IOC medical and scientific director Richard Budgett has claimed, meaning those who took the products during training rather than directly before a competition are now being caught.