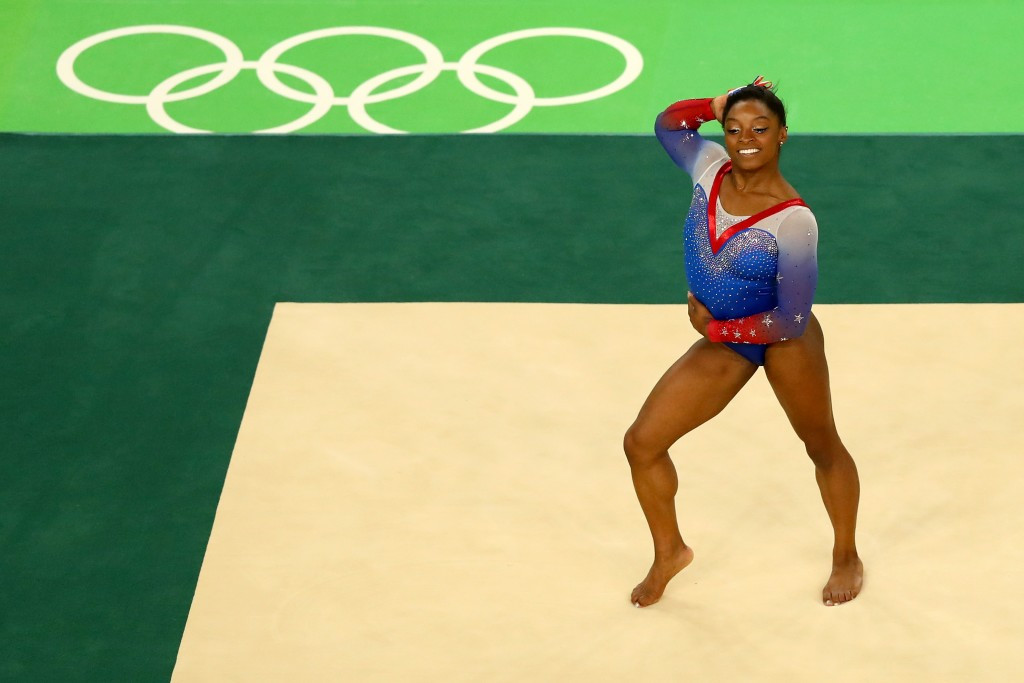 Simone Biles returned to her usual position on top of the medal podium as she sealed a fourth title at Rio 2016 by clinching gold on her preferred floor apparatus with a sparkling routine on the final day of artistic gymnastics competition at the Games.

The 19-year-old American recovered from an uncharacteristic mistake in yesterday's balance beam event, where a near-fall meant she had to settle for bronze, by producing another dazzling display on her way to a commanding score of 15.966.

Compatriot Aly Raisman, the defending champion, also impressed as she earned silver on 15.500, while Britain's Amy Tinkler - the youngest of all her nation's athletes at Rio 2016 - took home a surprise bronze on 14.933.

Germany's Fabian Hambüchen, who was third at Beijing in 2008 and second in London four years ago, finally got his hands on Olympic gold as he reigned supreme on the horizontal bar, while the parallel bars crown went to Oleg Verniaiev.

The Ukrainian, pushed Japan's Kōhei Uchimura all the way in the all-around individual event before falling short, proved to be a popular figure at Rio 2016 after several near misses and he ensured he left the Brazilian city with a gold medal around his neck with a typically-composed performance on the tricky apparatus.

Biles arrived in Rio with the weight of expectation of the entire world and, but for a wobble on the beam, justified her billing as one of the best gymnasts of all time, even at the tender age of 19.

The American's triumph on the floor never looked in doubt from the moment she began her routine, which was packed full of the usual flair and spellbinding acrobatics.

It was rewarded with a score which was always going to be enough for the gold as she led a one-two from her nation, with team-mate Raisman finishing second.

"I'm a little bit relieved because it's been a long journey," said Biles.

"I've enjoyed every single moment of it and I know our team has.

"It's been very long and, competing so many times this week, it kind of got tiring.

"We just wanted to end on a good note.

"Your first Olympics you walk away with five medals, that's not tough (disappointing) at all.

There was drama in the men's horizontal bar event as defending champion Epke Zonderland, the effervescent Dutchman who has been struggling for form as of late, suffered a nasty-looking fall early on, ruling him out of contention for gold.

Hambüchen, the first to perform in the final, had already laid down the gauntlet with his effort and Britain's Nile Wilson came closest with 15.466, before American Danell Leyva, the last to go on the apparatus, leapfrogged him into silver medal position on 15.500.

It was the second medal of the afternoon for Leyva as he also took silver in the parallel bars as his routine yielded 15.900.

Verniaiev was the only gymnast to go above the magical 16 mark as he demonstrated composure and strength to become his nation's first gold medallist at Rio 2016.