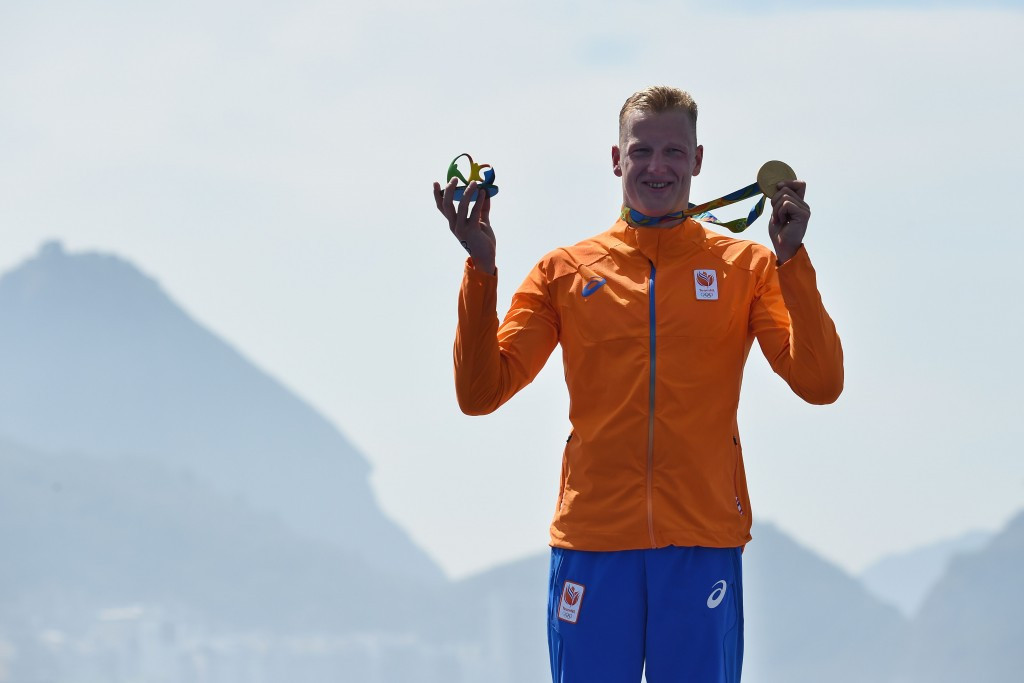 It is the first time one National Olympic Committee has won both women's and men's events in marathon swimming at the same Olympic Games.

Unlike van Rouwendaal, who had won by a huge margin, Weertman only managed to secure victory after a dramatic battle to the finish with 10 of his rivals, stretching up to touch the finishing board just fractionally ahead of Greece's Spiros Gianniotis.

"It means a lot, I've been working very hard for six years to get to the Olympics," said Weertman.

"It was such a tough race from the start.

"I did my little share at the front which I don't normally do that early in the race.

"It made it a little bit tougher for me."

"Even after I touched the wall, I wasn't sure I'd won.

It took me a while.

"I called my friends back home and they said 'you won, you won' and I'm like, 'Oh really?' I couldn't believe it. I still can't believe it."

Race favourite Jordan Wilimovsky of USA, the world champion, finished fifth whilst Australian Jarrod Poort led for one hour and 39 minutes until he was finally overhauled by the rest of the field.

There was more controversy in the marathon swimming though, a day after an incident in the women's competition meant the runner up was disqualified.

Great Britain’s Jack Burnell described the refereeing as “an absolute joke” after he was disqualified at the end of the race for making unnecessary contact with other swimmers.

“They’re giving yellow cards out left, right and centre for absolutely nothing, and then disqualifying people two metres from the end when there’s people grabbing hold of legs and everything," he told the BBC.

"The whole thing was ridiculous, an absolute joke.

“In the end apparently I was disqualified, about two metres from finish.

"The first yellow card I got was coming down the straight back here - I was second, there was nobody either side of me, and the guy pulls out a yellow card.

"I couldn’t have physically touched anybody."