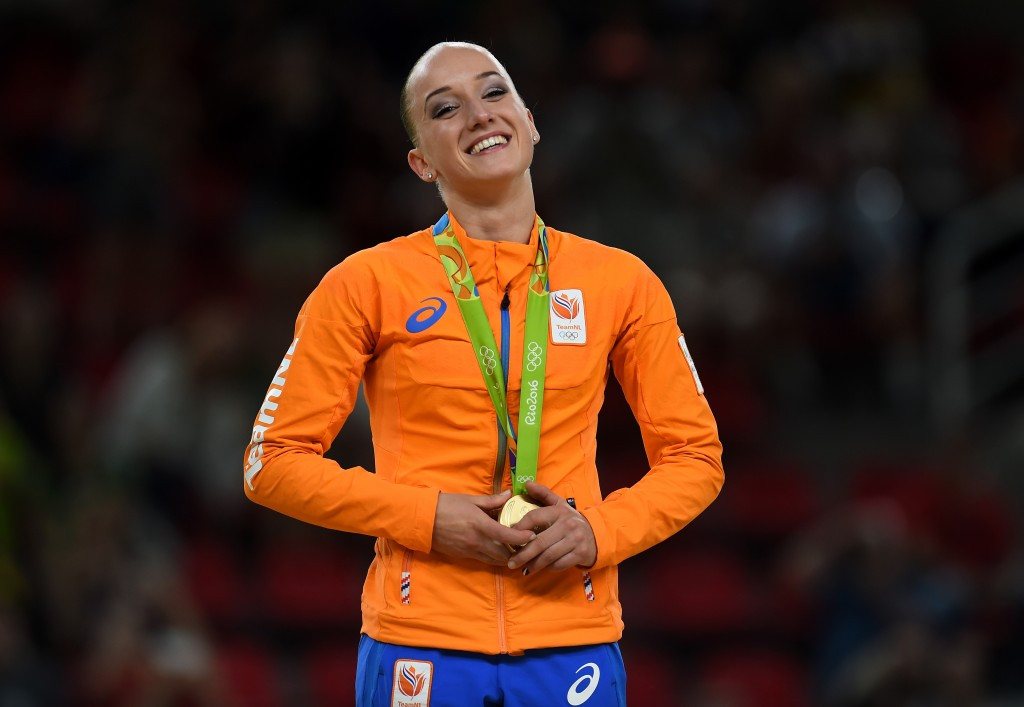 Sanne Wevers of The Netherlands secured a surprise gold medal on the balance beam after a rare mistake from the usually unflappable Simone Biles cost the American the chance to claim a fourth title at Rio 2016 - for now at least.

Lauren Hernandez of the United States took home the silver medal on 15.333 as Biles was forced to settle for a shock bronze having been given a total of 14.733.

In the other two apparatus finals to be held today, Ri Se-gwang of North Korea and Greek Eleftherios Petrounias added Olympic gold to their world titles in the vault and rings events respectively.

After Biles began her routine in ominous fashion, she was within millimetres of falling off the apparatus when trying to perform one of the acrobatic elements, meaning the opportunity to top the podium once again slipped away.

Although the 19-year-old completed the rest of her display on the tricky apparatus, which is just 10 centimetres wide, without any further issue, she knew her eventual score of 14.733 would not be enough to add the beam title to her golds in the individual, all-around and team competitions at the Games.

The American can still seal a fourth gold when she competes in the floor final tomorrow.

Biles’ wobble left the door open for Wevers, silver medallist at the 2015 World Championships, and the Dutchwoman took full advantage with an elegant routine which went by with only the faintest of errors.

Wevers' gold was the first of any colour ever won by a Dutch female gymnast at the Games.

Her score catapulted her into a lead which never looked likely of being usurped, though 16-year-old Olympic debutant Hernandez ran her close with a sparkling display of her own.

The American’s effort saw her leapfrog into silver medal position ahead of Biles, who was made to wait for confirmation of bronze after French gymnast Marine Boyer’s enquiry was dismissed by the judges.

The third place finish for the 19-year-old sensation, who will head into tomorrow’s floor final as the overwhelming favourite, was seen as controversial as many thought she should have been more heavily penalised for the near-fall.

But nothing should be taken away from Wevers, whose total was higher than Biles managed on her way to gold at the World Championships in Glasgow last year.

“Oh my god, this is so amazing," the Dutchwoman said.

"The final was just nerve-wrecking.

"The plan was to go all-out, but then I saw Simone making mistakes.

"Well, she didn't fall off, but she definitely lost some points.

"After seeing her score, I knew I had to change my strategy.

"I went all-out, but also with the thought that I would go for execution rather than just difficulty.

"The combination of both is crucial and it is something that I decide myself."

Biles admitted she was "disappointed" with the section of the routine which proved her downfall and that she "didn't know what happened" when she nearly fell off the beam.

“I'm not disappointed in the medal that I received because anyone would love to have a bronze at an Olympic Games," she said.

"I'm disappointed in the routine that I did.

"Not so much the entire routine just the front tuck I guess, because the rest of the routine was pretty good."

In the rings event, Petrounias, the first athlete to carry the Olympic Torch after it was lit at Ancient Olympia in April, blew the rest of the field out of the water with a score of 16.000.

Brazil’s defending champion Arthur Zanetti gave the partisan support inside the venue something to cheer as he claimed silver on 15.766.

Russia’s Denis Abliazin narrowly missed out on silver as he scored 15.700.

History was also made in the vault as two gymnasts – Igor Radivilov of the Ukraine and Japan’s Kenzo Shirai – performed never before seen moves to the wonder of the crowd inside the Rio Olympic Arena.

The 19-year-old Japanese was disappointing in the floor final, his preferred apparatus, earlier on at the Games but ensured he left the Brazilian city with a medal as he clinched bronze on 15.449.

He finished behind Abliazin, whose two vaults averaged out at 15.516, with the gold medal going the way of Ri thanks to his commanding score of 15.691.