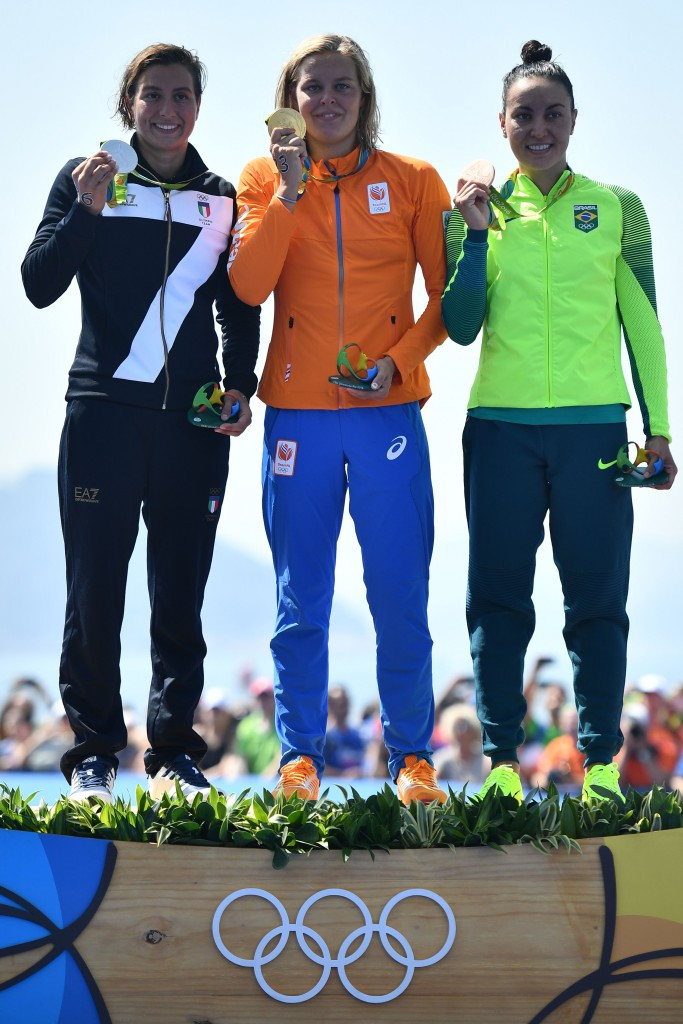 Van Rouwendaal cruised to gold in a little under two hours in the water, reaching the finish line a huge 16.6 seconds clear of the field in Rio.

She follows her compatriot Maarten Van Der Weijden, who won the men’s event at the Beijing 2008 Olympic Games, and takes The Netherlands to the top of the all-time Olympic medal table in this sport.

"I was swimming so easily at the beginning," she said.

"There were like six of us swimming together, watching each other.

"I said I was going to try to sprint so I sprinted 200 metres using my legs and then I just paced with my arms and tried to keep it.

"I was watching all the time to see if they were going to catch me.

"I knew the last 100m I could finish strong but I don’t like the feeling of being in front.

The main drama in the race was behind the leader, however.

Muller initially finished second after a tight finish alongside Rachele Bruni of Italy, but was later disqualified after being judged to have pushed the Italian into the floating finish area.

In an interview with Italian media shortly after the race, Bruni said: “The French swimmer has sunk me.

“At the finish she obstructed me and I could not touch the board.

"I’m glad of the decision of the judges.”

Bruni's loss was Brazil’s gain as Poliana Okimoto was elevated into bronze, securing the host nation their first swimming medal of the Games, and their first ever women’s Olympic medal in the sport.

"Without all my friends, family and those professionals who have helped me, none of any of this would have been possible," said Okimoto.

"It's the best result for Brazilian women's swimming in history."