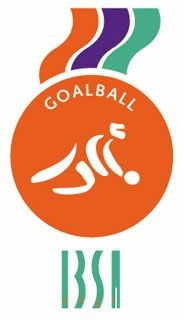 Egypt has been selected to host the African Championships in 2017.

The city of Sharm el-Sheikh, situated on the southern tip of the Sinai Peninsula, will stage the event despite security fears in the region.

The tournament is scheduled to be organised between October 14 and 24 next year.

It will also act as a qualifying tournament for the 2018 World Championships in Sweden.

Meanwhile, Moldova has been selected to host the European C Championships in 2017.

The venue is located in Ciorescu, which is 12 kilometres from Chisinau, the capital of Moldova.

The preliminary dates for this tournament are between September 4 and 11 and between 12 and 15 teams are expected to take part.

The IBSA Goalball Committee has started preparations and cooperation with both hosts, while the technical delegates will be nominated soon.

This news comes after Malmö was confirmed as the host of the 2018 Goalball World Championships.

Competition in the Swedish city will take place between June 3 and June 9, with further details still to be confirmed.

The Worlds, for men and women, will be of particular importance in 2018 as they will serve as the first of three qualification tournaments for the 2020 Paralympic Games in Japanese capital Tokyo.