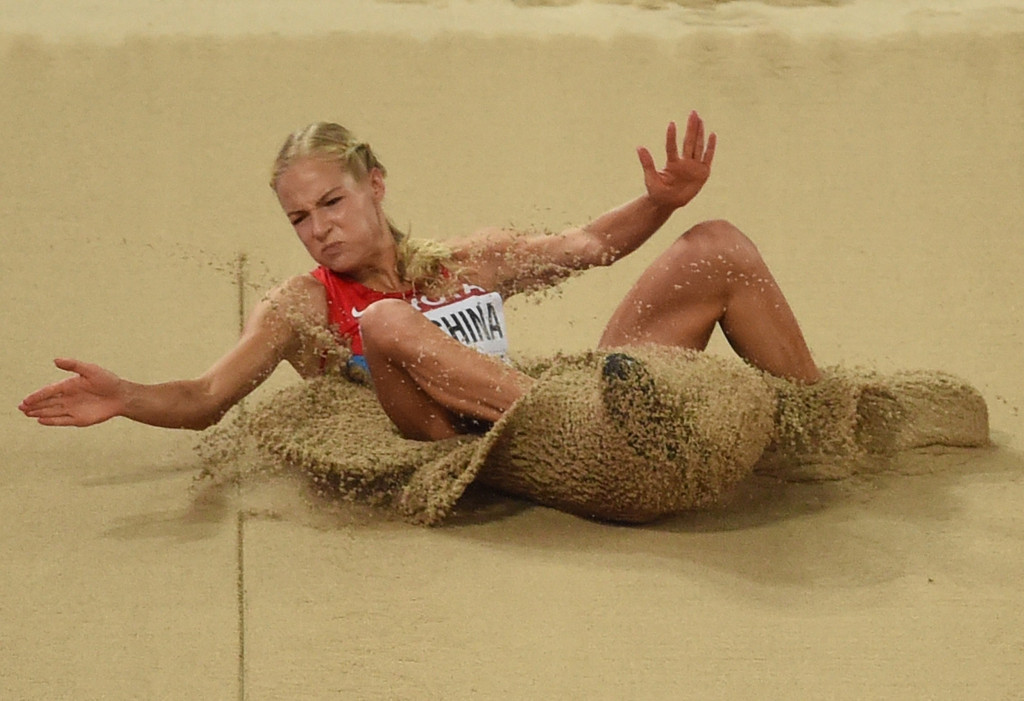 Russian long jumper Darya Klishina has been "withdrawn" from the Olympic Games by the International Association of Athletics Federations (IAAF) based on "new information" they have received, it was revealed today.

The IAAF have confirmed that a decision was taken after they received unspecified new evidence in recent days.

It means that, as it stands, no Russian athletics athletes will compete at Rio 2016.

The IAAF have claimed they will not release any further details, or make any more public statements, until after a hearing tomorrow with the ad-hoc panel of the Court of Arbitration of Sport (CAS).

"The situation with Darya Klishina appears to be cynical mockery of the Russian sportswoman by the IAAF," ROC President Alexander Zhukov said.

insidethegames understands that the apparent U-turn was based on a recommendation from Richard McLaren, the Canadian currently carrying out an investigation into alleged state-sponsored doping in the world's largest country.

He is thought to be no longer confident that any Russian track and field athletes can be considered clean enough to attend the Games.

A CAS hearing is due to take place at 11am tomorrow ahead of the women's long jump competition is scheduled to begin on Tuesday (August 16).

Klishina, who is still here in the Athletes' Village, is being represented by American lawyer Paul Greene, founder of Global Sports Advocates.

Greene has represented many athletes accused of doping, including Jamaican sprinters Sherone Simpson and Asafa Powell, but has so far not worked on any cases involving Russians.

He told insidethegames today that Klishina has not been directly or personally accused of doping or any wrongdoing, and is the victim of a change in approach by McLaren.

Klishina was one of just two Russians deemed eligible to compete here despite the continued suspension of the All-Russia Athletic Federation (ARAF).

The other, doping cheat turned whistleblower Yuliya Stepanova, was subsequently deemed ineligible by the IOC.

This meant that the 25-year-old two-time European indoor champion was set to lead a one-person Russian team at the Games.

All those ruled out, like two-time Olympic pole vault champion Yelena Isinbayeva, have unsuccessfully appealed to CAS to have the verdict overturned.

Klishina's eligibility resolved around how she has been based in Florida since 2014, so has been outside the tainted Russian testing system.

With this decision having been announced by the IAAF over a month ago on July 10, it would appear strange for it to be reversed unless there was strong evidence.

Although based outside the country, Klishina has competed in many competitions in Russia and has set her season's best mark there for each of the last four years.

Her best performance so far this year of 6.85 metres was registered at a meeting in Cheboksary on June 21.

She participated in the 2013 World Championsips in Moscow and the 2013 Summer Universiade in Kazan, two events named in the McLaren Report in connection with the covering up of samples submitted by Russian athletes.

"I am appealing today’s decision by the IAAF Doping Review Board to the Court of Arbitration for Sport [Ad Hoc division in Rio] to ban me from the Rio Olympics and other IAAF sanctioned events thereafter," Klishina posted on her Facebook page today.

"I am seeking an emergency hearing this weekend for a decision to be made as soon as possible by the highest court in sports about my eligibility in Rio.

"I am a clean athlete and have proved that already many times and beyond any doubt.

"Based in the US for three years now, I have been almost exclusively tested outside of the Anti-Doping system in question.

"I am falling victim to those who created a system of manipulating our beautiful sport and is guilty of using it for political purposes.

"I will take every possible effort to protect my clean image as an athlete.

"At this moment I cannot help but feel betrayed by a system that is not focused on keeping the sport clean and supporting rank-and-file athletes, but rather seeking victories outside sport arenas."