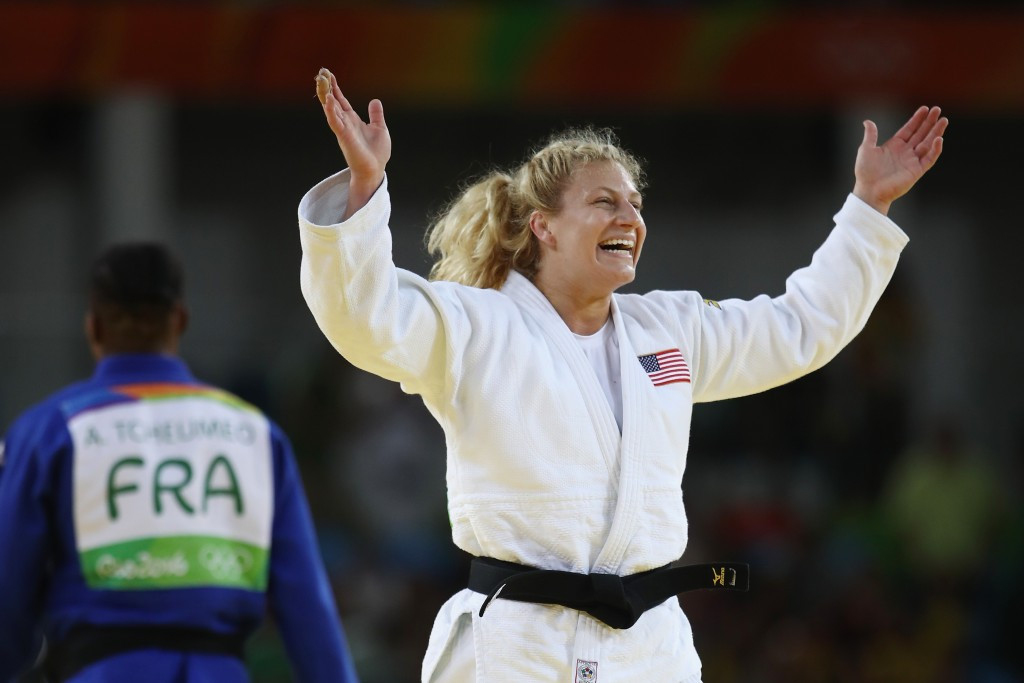 Harrison cruised into the final having won all her matches ahead of time by ippon, and although Tcheumeo offered more resistance, the London 2012 gold medallist caught the Frenchwoman in an arm-lock with seven seconds to go.

As she had planned, Harrison called time on her career shortly afterwards to bring an end to one that saw her also win a world title in 2010, and Pan American Games gold medals in 2011 and 2015.

"I think no matter what, my judo legacy is fulfilled," she said.

"I am happy with my career and now it is time to continue to have a legacy off the mat and change the world."

Tcheumeo had earlier come through a close semi-final with Brazil’s Mayra Aguiar, who matched her performance at London 2012 by beating Beijing 2008 Olympic silver medallist Yalennis Castillo of Cuba in the first bronze medal match.

"It is wonderful to be here; to hear the crowd cheer for me," said the home favourite.

The other bronze went to Slovenia’s Anamari Velensek at the expense of Germany’s Luise Malzahn.

Lukas Krpalek dedicated his triumph in the men’s over 100kg to fellow Czech judoka Alexandr Jurecka, who died in a diving accident in Lake Garda in Italy last September shortly after reaching the last-16 at the 2015 World Championships.

Having performed strongly throughout the day, Krpalek threw Azerbaijan’s Elmar Gasimov of Azerbaijan for ippon to clinch his country’s first Olympic judo medal.

Jurecka, who was 24-years-old when he died, competed in the men’s under 90kg and had a good chance of qualifying for Rio 2016.

When Krpalek went out to compete in Rio, he always had a photograph of Jurecka close to the tatami.

"I had his picture with me all the time," Krpalek said after the medal ceremony, holding the photograph that shows his friend posing in his judo outfit.

"In the last two matches I thought so strongly about my friend.

"I can't lose the match.

"I was thinking about him the whole day and especially in the last two matches."

World champion Ryunosuke Haga of Japan, who had succumbed to defeat at the hands of Krpalek in the quarter-finals, claimed the other bronze at the expense of Ukraine’s Artem Bloshenko.

London 2012 gold medallist Tagir Khaibulaev of Russia and silver medallist Tuvshinbayar Naidan of Mongolia were eliminated in their first bouts.

Rio 2016 judo competition is due to conclude tomorrow with the heavyweight divisions.

In the men's over 100kg, all eyes will be on Olympic champion Teddy Riner as the Frenchman looks to extend his undefeated run that stretches all the way back to 2010.