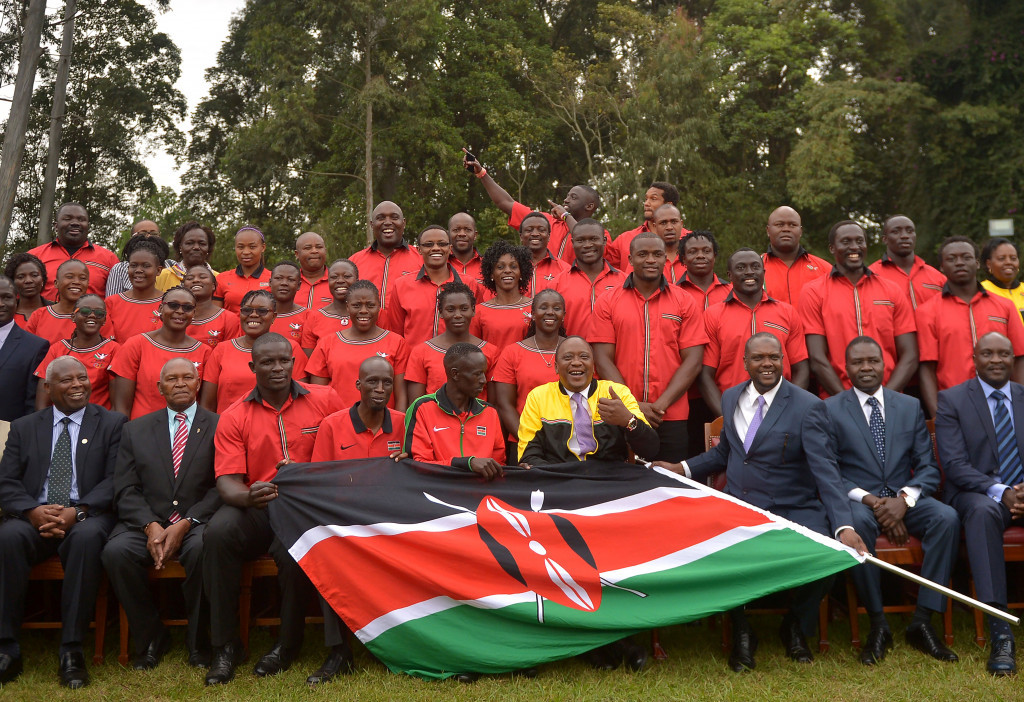 Kenya have suffered a further blow on the eve of the Olympic athletics competition as coach John Anzrah has been sent home from Rio 2016 for impersonating an athlete and providing a urine sample.

Anzrah was due to coach the sprint team for the Games but was found to be in possession of a competitor's accreditation, according to Reuters, reportedly that of Ferguson Rotich, who was fourth in the 800 metres at last year's World Championships.

The incident involving the former Kenyan athlete, who represented his country at the 1987 World Championships, was confirmed by National Olympic Committee of Kenya head Kip Keino, who received the OIympic Laurel at the Opening Ceremony last Friday (August 5).

"We have sent Anzrah back home," he said.

"He presented himself as an athlete, gave the urine sample and even signed the documents.

"We cannot tolerate such behaviour."

It has been reported that Anzrah was found out when doping officers in Rio noticed his face did not match the badge he was carrying.

It comes after fellow coach Michael Rotich was also expelled from the Games for his involvement in an alleged doping bribery case, meaning two officials within the Kenyan athletics team have been ordered to return home before the event has even got underway.

"It is a stupid incident, stupid thing really for a coach of his experience to be found in possession of an athlete’s accreditation possibly because he wanted to access an area that he may not have had access to because his credentials as a team official did not allow him," Stephen Soi, the head of the delegation, told Sports News Arena.

"Who does that any way?"

It is not yet known whether Anzrah will face any charges concerning the development.

"As soon as we realised this we went to the testing officials and presented the runner with his photo ID," Soi added.

"The officials poured the samples and took the athletes in front of the medical officers. We met afterwards and agreed that the coach had acted irresponsibly first by taking an athlete’s accreditation and even presenting his samples for testing."

Rotich was sent home from the Olympic Games in the Brazilian city following claims he was involved in a scheme aimed at finding out when athletes from the country would be subjected to drugs tests.

He is accused of asking for money from journalists, who went undercover as representatives of athletes, to let them know when they would be tested.

He denies the accusations.