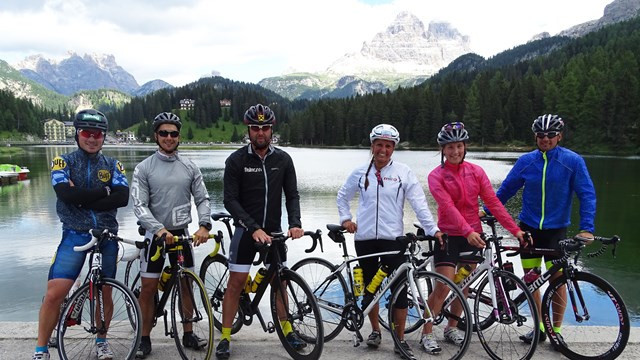 The former World Cup racer invited his team members to East and South Tyrol in Austria to take part in a host of outdoor sports.

Sochi 2014 Olympic medallists Julia Dujmovits and Benjamin Karl both missed the course and will join the squad at the end of August for their first on-snow training session in Zermatt, Switzerland.

Over the past days, the team not only took to the River Isel for some white water rafting but they also played beach volleyball, too, as well as attending strength and endurance training exercises.

In addition, a bike ride over a distance of more than 100 kilometres was also on the programme, with the 12km climb from Cortina d'Ampezzo to Lake Misurina - a journey of 1,745 metres - being the highlight of the trip.

“Everyone was fully focused - we not only trained very well but also had some fruitful one-on-one conversations," said Walder.

"For me as a trainer it's very important to know what my athletes' goals are and to find out how they work."

“It was a really good course with some good variations," Prommegger said.

"The rafting was very demanding and the scenery of our road bike trip breathtaking."

“I so far had only known his qualities as a racer, so I'm very excited working together with him as a coach," he said.

"Over the past two years he had emphasised the features in the case of equipment for Switzerland, and I'm pretty sure that we can benefit from it, too.”