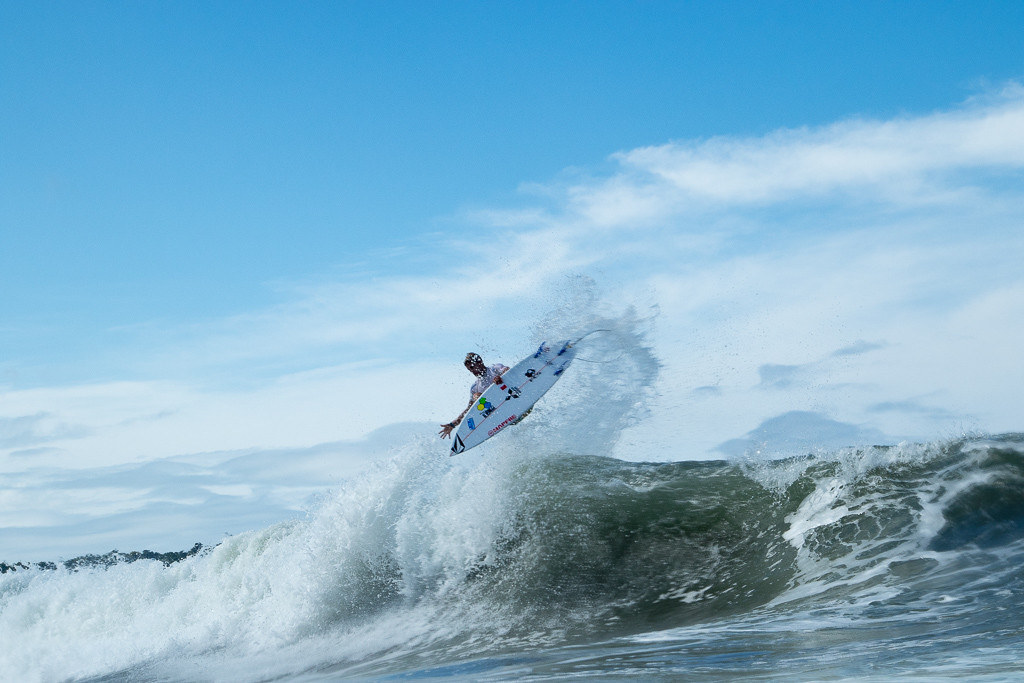 The fourth day of the 2016 International Surfing Association (ISA) World Surfing Games featured 18 crucial Repechage heats, further narrowing the field of both men and women surfers at the midpoint of the contest.

Day four of competition in Playa Jaco, Costa Rica opened up with heats in round three of the Open Men Main Event.

Costa Rica’s Carlos Muñoz and Noe Mar McGonagle were the standout performers, advancing through to round four and posting the two highest heat totals of the round in their respective heats.

Japan’s Takumi Nakamura managed to squeeze through his tight third round heat.

Nakamura, the last Japanese athlete in the Main Event Open Men category, earned a heat total of 12.60 that placed him in second place, narrowly edging out USA's Brett Simpson’s and he expressed his emotions following his heat.

“I feel really confident right now and I feel like I can win it all." he said.

"I just need to keep building on my strong performances and stay stoked in the water.”

Chile’s Jessica Anderson and South Africa’s Tanika Hoffman posted the highest heat totals of 16.00 and 15.66 respectively, gaining momentum ahead of the Repechage heats they will face in the coming days.

Hoffman spoke about finding her form in the Repechage Rounds.

“I was really happy to find a running wave and I surfed it as well as I could," she said.

"The Repechage Rounds are kind of nice because you can get into a rhythm and really get to know the wave at the contest site.”

Twelve heats of the Open Men’s Repechage Round two finished off the day, where Japan’s Hiroto Arai obtained a heat total of 17.27, the highest of the day for any competitor.

ISA President Fernando Aguerre, who is currently in Rio attending the Olympics due to the International Olympic Committee’s vote on August 3 to include Surfing in the Sports Programme for the Tokyo 2020 Games, chimed in after watching the action on the live webcast.

“We have reached the midway point of the competition and the in-form surfers are beginning to emerge above the rest of the field," he said.

"In the days that are coming, emotions will run high and the competition will intensify as the surfers edge closer to crowning world champions.

"We are witnessing history as world champions will be crowned on Sunday, the first champions in the era of Olympic surfing.”