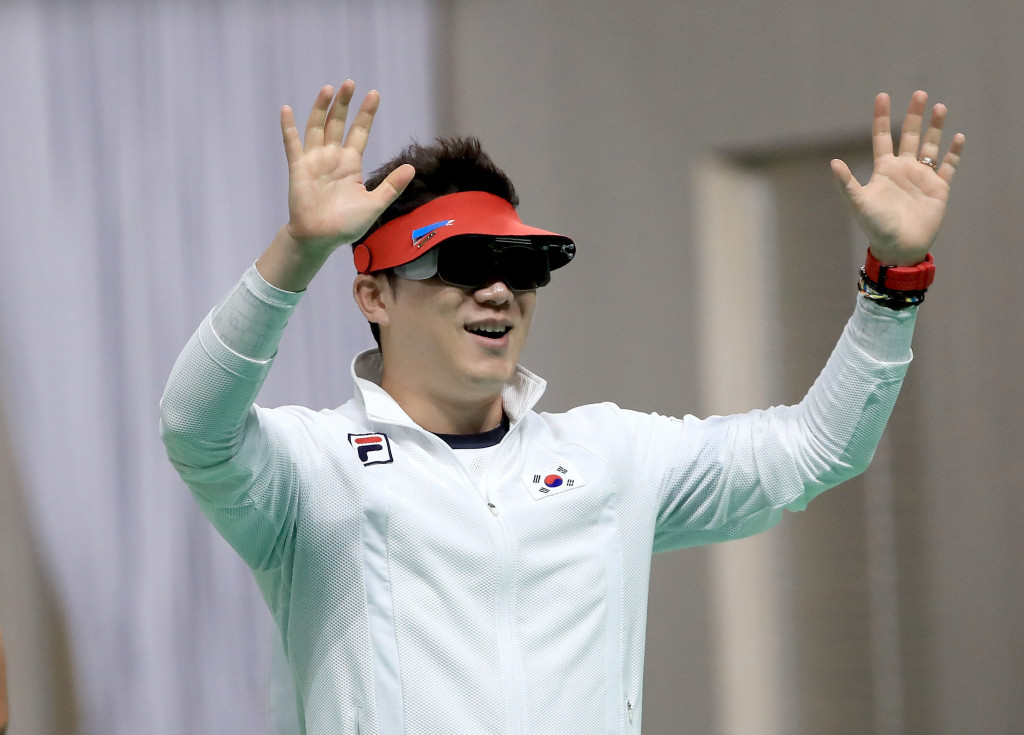 Jin Jongoh became the first athlete to win three Olympic shooting gold medals in a row as he won the men’s 50 metre pistol final at the Olympic Shooting Centre in Rio de Janeiro.

The South Korean overtook Vietnam’s Hoang Xuan Vinh, the leader for the majority of the competition, with just one shot to go beating him by 2.4 points.

It was the fourth Olympic gold medal of Jin's career, having also won the 10m air pistol at London 2012, and the sixth overall following silver medals at Athens 2004 and Beijing 2008

“I wanted to give up I was doing badly, but I said to myself this is my last Olympics.

"I cannot give up.

"This is my best gold medal."

Hoang claimed the silver medal, to accompany his gold from earlier in the week in the men’s 10m air pistol.

He was disappointed with his performance:

“It is only gold that matters," he said.

"I didn’t do as well as expected.

"It is my first Olympics and I feel I am not up to standard yet.

“I wanted to do better, in the end I got bronze.

"If I train harder I think I will do better.”

The shock of the final was the elimination of China's Pang Wei, the Beijing 2008 10m air pistol gold medallist, so early.

The world number two, winner of a bronze medal here in the 10m air pistol, was the first man out of the competition after a terrible performance gave him a score of 67.2 points.