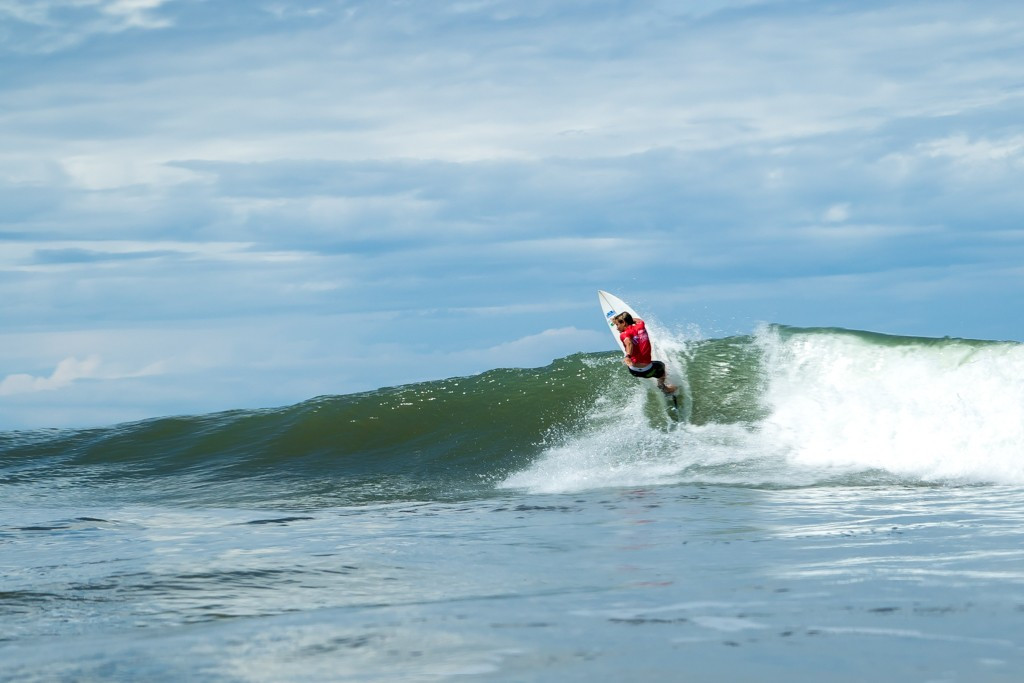 The first athletes were eliminated on the third day of competition at the 2016 International Surfing Association (ISA) World Surfing Games, as the repechage rounds began.

Thirty-four competitors that didn't place in the top two spots of their respective heats were knocked out of the competition in Playa Jacó, Costa Rica.

France’s Pauline Ado repeated her impressive performance from day two and earned the highest heat total, for any man or woman, for the second consecutive day.

Ado charged through her heat early in the morning with a score of 17.93, which included a near perfect 9.5-point ride.

Peru’s Melanie Giunta went toe to toe with local Costa Rican Emily Gussoni in the second heat of the morning.

Both surfers earned identical heat totals of 11.33, progressing into round three, however Gussoni’s higher single wave score of 6.10 pushed her into first place and Giunta to second.

Giunta shared her thoughts after moving one step closer to the finals.

“My whole team is like my family and we are all supporting each other," she said.

"It motivates me to hear them scream for me on the beach when I get a wave.

"The waves are really fun right now, but they are going to get bigger over the next few days."

Ecuador’s Dominic Barona progressed in the men's competition with a composed performance to earn a total of 15.57.

Costa Rica’s Leilani McGonagle and Panama’s Johanny Alfonso were, however, both relegated to the repechage Rounds, where they will face a longer route to get to the grand final.

Following the six heats in the open women's main event, the repechage rounds got underway.

Hewitt expressed his optimism despite the tough path ahead of him.

“The conditions were quite tricky in that repechage heat but I am stoked to have made it," he said.

"Being in the repechage is definitely taking the long route, but if you can get in a flow then you can keep going on and making heats.”

ISA President, Fernando Aguerre, who is currently in Rio attending the Olympics due to the International Olympic Committee’s recent vote to include surfing on the sports programme of the Tokyo 2020 Games, commented on the action while watching the webcast.

“The repechage rounds are never easy, the competition tends to be fierce and heated," he said.

"While the repechage rounds are difficult, they are not impossible.

"We have seen many of our gold medalists get off to slow starts only to find their groove in the repechage round and go on to be world champions.

"The next few days of competition will be crucial as the field of competitors continues to narrow.”