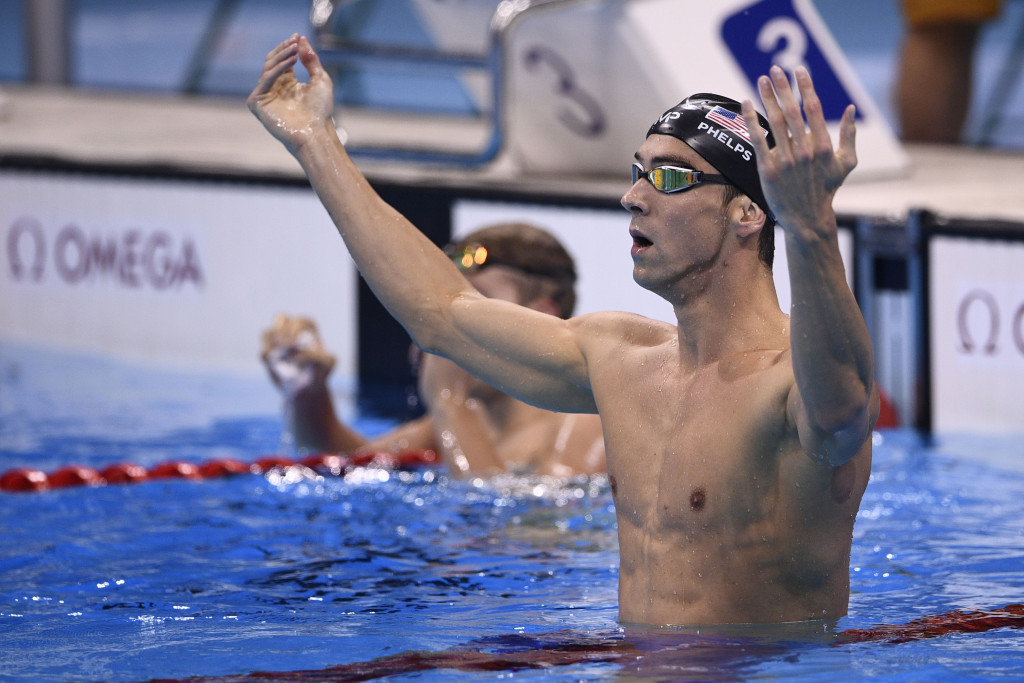 Michael Phelps may already have been the greatest swimmer of all time but his performances - and celebrations - here tonight showed once again how he is surely the most ferocious competitior ever to grace the Olympic stage.

The 31-year-old American first won a third title in the 200 metres butterfly before anchoring his United States team to a triumphant 4x200 metres freestyle relay victory.

It marked the 20th and 21st Olympic gold medals of his illustrious career.

It means he has now won more all-time summer medals than established sporting nations like Austria, Argentina and Jamaica.

He was always favourite for the 200m butterfly, the event in which he made his Olympic bow as a 15-year-old at Sydney 2000.

But the pressure was on as he lined up between Hungary's fastest qualifier Tamas Kenderesi and South African Chad le Clos, the man who beat him to the gold medal four years ago in London.

Le Clos had been trying to unsettle his arch-rival in the build-up but Phelps marched out looking in the zone and every much the champion, and so it proved.

He took the lead in the second length before easing clear to win in 1min 53.36sec.

Kenderesi also attacked but it was Masato Sakai of Japan who came through to take silver in 1:53.40.

Phelps stayed silent following his victory, looking straight ahead, before waving his arms and pointing his finger in a gesture which told everyone here exactly who was number one.

Emotion came to the fore in the medals ceremony, after which he claimed into the crowds to celebrate with his fiancée and young son.

Moments later, however, the gameface was back on and he strode out for the relay, seeking to claim a fourth consecutive gold in the event.

By the time he leapt in, the gold was already sown-up after strong legs from Conor Dwyer, Townley Haas and Ryan Lochte.

James Guy made up for a disappointing meet with a superb anchor leg to haul Britain into the silver medal position in 7:03.13 and Japan took bronze in 7:03.50.

There is no-one else yet in Phelps' stratosphere in swimming today but the two women who are closest - Katinka Hosszu of Hungary and US team-mate Katie Ledecky - were the two other winners tonight.

Hosszu won her third gold medal of these Olympics - all coming in individual events - in an Games record of 2:06.58 over the 200m individual medley distance.

Ledecky, meanwhile, won a battle between two champions against 200m butterfly winner Sarah Sjöström of Sweden in the 200m freestyle.

Emma McKeon of Australia was at world record pace early on and did well to hang on for bronze in 1:54.92.

"It's the closest I've come to throwing up at the end of a race.

"I was just glad to get my hand on the wall first, it was a stressful race and I feel good now it's over."